Bid to cut down protected tree in Telford over poisonous berries 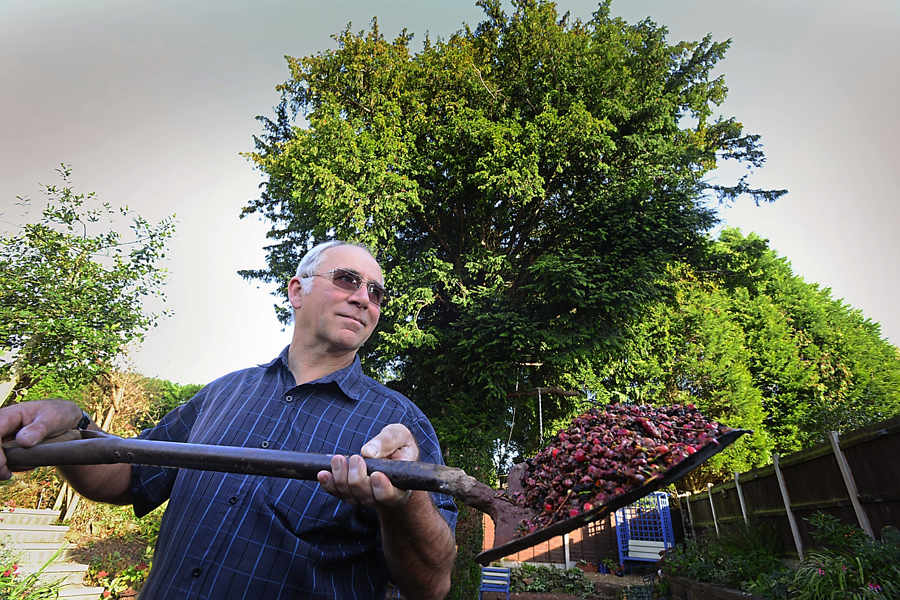 A yew tree in a Telford garden has been branded a health hazard amid fears its poisonous berries falling to the ground could be eaten by young children playing.

David Poole and his wife Julia want to cut down the tree in the back garden of their home in Weavers Rise, Ketley Bank, and have claimed that they cannot allow their four grandchildren out to play for much of the year.

But the tree is protected by a preservation order.

The couple’s bid to fell the tree will be discussed at a meeting of Telford & Wrekin Council’s planning committee tomorrow. However, officers have recommended the application is refused saying the plan “cannot be justified”.

The authority’s arboricultural officer has also objected to the plan, saying the tree was a “good specimen” and was in a “healthy and stable” condition.

The officer suggested that employing a gardener to remove berries would be cheaper than cutting down the tree.

Mr Poole, who has lived in the house for 25 years, said: “We cannot even let the grandchildren play out in the garden between June and December because there are so many berries during those months.

“And we worry that they might pick the berries up and eat them. They are extremely poisonous and there’s no known cure, meaning it would kill them.

“We even have a Wendy house in the garden that the grandchildren are unable to use in the summer. The garden is just not safe for the kids.

“I was so fed up of having to scrape the berries off the ground every few days, that I brought a big plastic sheet to catch them.

“And the tree is getting bigger and bigger so now more and more berries are starting to fall off.”

Mr Poole, 61, also said that the berries made the ground slippery and he feared that someone could fall and injure themselves.

The couple have said that they are happy to replace the yew tree with a similar non-fruiting tree, but the authority says that another tree would not compensate for the loss of the yew.

In a report to tomorrow’s planning committee meeting, suggestions being put forward by the arboricultural officer to tackle the problem include installing a fence and gate and  pruning the tree when it is about to flower.

Yew trees can live up to 1,000 years and are among Britain’s oldest growing trees.

A tree preservation order is made by a local planning authority to protect trees and woodland from being cut down by the public.

Tomorrow’s meeting is being held at the Whitehouse, next to AFC Telford’s New Bucks Head stadium at 6pm.