Why we need to better protect Britain’s ancient woodlands 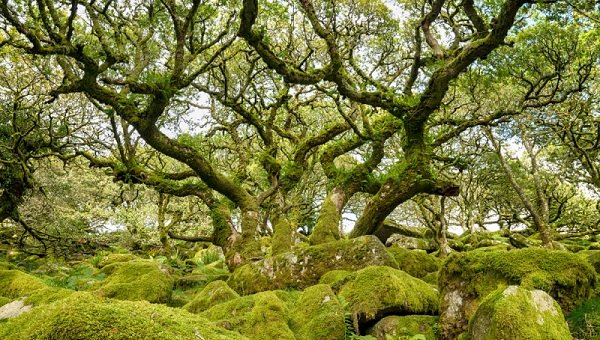 Calls for better protection of the UK’s ancient woodlands are being made by environmental groups due to a loophole in the National Planning Policy Framework (NPPF), last revised in 2012.

Today, just 2% of the UK’s landmass is classed as ancient woodland, around 450,000 ha. Half of this is classified as Planted Ancient Woodland Sites (PAWS) which are covered in conifer plantation. It adds up to just under one sixth of all the UK’s total woodland.

In England woodland is categorised as “ancient” if it has existed since 1600AD (1750AD in Scotland) and predates the time when planting became more common.

Groups such as the Woodland Trust and The Ancient Tree Forum are working hard to gain better protection for these sites and now the issue is gaining weight in Parliament thanks to a working group created in 2015 specifically focussed on ancient trees and woodland.

At one point in history the UK would have been covered in woodland, much of it dating back to just after the last Ice Age around 10,000 years ago. Much of this then formed royal parks, where special protection was given against poachers, and was subject to tolls.

These areas provided rich and complex eco-systems which took thousands of years to develop, yet with so little left, the focus is now on how to best protect them.

Harbouring untouched soil, lesser-known species of plants and animals, and areas of historical significance, once these ancient woodlands are gone there is no getting them back, yet when it comes to legal protection, ancient woodland is on rocky ground.

Across the UK legal protection is devolved in all four countries, but in England, a loophole in the NPPF states that if “the economic benefit of a development outweighs the loss” then development can go ahead.

Back in 2012 The Woodland Trust campaigned for this loophole to be revised, but the campaign was unsuccessful. Chris Hickman, spokesperson for the Woodland Trust, said: “To us ancient woodland is irreplaceable and you can’t put a value on it – but clearly this makes it difficult to argue against something with a clear economic value.

“This is an issue which has been apparent for years, even though the NPPF was revised in 2012 it failed to address this key issue.”https://wtcampaigns.wordpress.com/2012/03/27/nppf-the-threat-to-ancient-woodland-remains

The NPPF states in para 118: “Planning permission should be refused for development resulting in the loss or deterioration of irreplaceable habitats, including ancient woodland and the loss of aged or veteran trees found outside ancient woodland, unless the need for, and benefits of, the development in that location clearly outweigh the loss.”

Also working to get this loophole removed is West Country (Taunton Deane) MP Rebecca Pow, elected Chair of the All-Party Parliamentary Group (APPG) on Ancient Woodland and Veteran Trees. This group’s aim is to bring together MPs and Members of the House of Lords to raise awareness of the importance of ancient woodland and to consider how to better protect it.

She said: “‘It is absolutely vital that we begin to place greater value on our natural resources and this includes our irreplaceable ancient woodland and the soils and ecosystems that go hand in hand with them. The benefits of ancient woodland are not often understood, but they are absolutely fundamental to our natural environment, biodiversity, health and recreational enjoyment. Unlike many other precious habitats ancient woodland is not a statutory designation in terms of the law and therefore suffers from a lack of protection.

“The ancient woodland in this country is our equivalent to the rainforests that are so coveted all over the world. It is an absolute travesty that only 2% remains and we must ensure that no more is lost, but with the Woodland Trust currently dealing with over 650 cases of threatened woodlands. I am a firm believer that we can deliver on big infrastructure projects, ensuring our economy continues to grow, whilst protecting our natural environment that we must work harder to protect before it’s too late.”

The hope is that greater protection will be bought in through the NPPF, with better wording in the loophole paragraph 118, greater enforcement of offsetting, and for an official monitoring system to be set up.

All is not doom and gloom for our ancient forests. Just last month more than one hundred people joined the Ancient Tree Forum at their annual two-day summer conference held in Dorset, where people shared ideas on how we can move forward to protect these precious environments.

According to the Forestry Commission there has been considerable interest in recent years to identify PAWS and convert them back to native woodland species.

A recent woodland project part funded by The Forestry Commission in the Northants Forest District aimed to collate and analyse results of the Ancient Woodland Project, research priorities, and make recommendations concerning the management of historic features within Forest Enterprise woodlands and similar woodland.

With ancient woodland forming what is considered to be the UK’s richest and most unspoilt land habitat, as well as home for more than 256 species of plants and animals unable to survive elsewhere, it’s paramount that our remaining 2% is protected fiercely.