Is this the best tree in Wales? 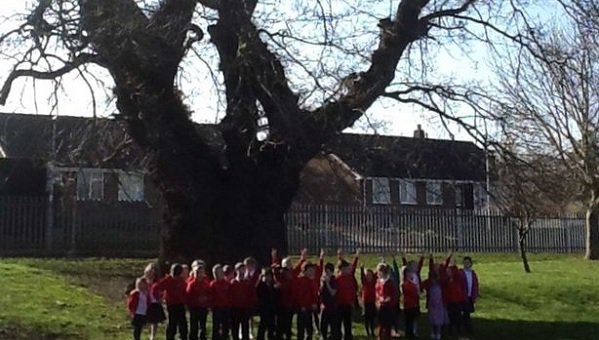 A 770-year-old oak and a horse chestnut on the A5, are among the nominations in a hunt to find Wales’s favourite tree.

The Woodland Trust is asking the public to vote, not for the most beautiful tree, but for the one that brings a community together the best.

Amongst those nominated is The Bryn Gwalia Oak, which stands in the grounds of Bryn Gwalia Primary School in Mold.

This Pedunculate Oak is estimated to be approximately 770 years old, making it a contemporary of Llywellyn Ap Gruffydd and King Edward I.

The tree predates everything around it and has therefore become a landmark of the community.

Many of the parents, grandparents and great grandparents of children now in the school remember playing around its huge girth and in the shade of its canopy and the school uses the ‘Bryn Gwalia Oak’ as its logo.

Eight of Wales’s finest, most distinguished trees have already been nominated by members of the public.

Also nominated from North Wales is the Pentrefoelas Horse Chestnut.

The spectacular horse chestnut tree stands on the banks of Afon Merddwr, by the bridge, next to the A5 in the centre of Pentrefoelas.

In spring the tree produces beautiful blossom, and in the autumn, hundreds of conkers.

Every autumn children of the village gather conkers under the tree.

The headteacher of the school used to do so herself when she was 10 years of age.

The Urdd at the school organises an annual conker tournament and the tree adds hugely to the beauty of the centre of the village.

The tree which wins will go on to represent Wales in the European Tree of the Year Competition next year.