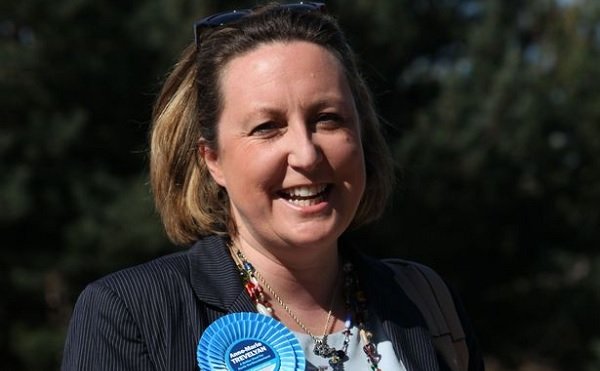 Britain should plant 200 million trees to cut the risk of floods, according to an MP.

Northumberland MP Anne-Marie Trevelyan set out her plan for a massive tree-planting campaign in the House of Commons.

She said planting trees in river basins would “help nature to hold water” and protect homes and businesses.

It follows weekend floods in which more than 70 homes in Northumberland were flooded and had to be evacuated.

People in Corbridge were helped out of windows into waiting dingies after the Tyne entered their homes.

And the River Wear in Durham burst its banks, leading to the closure of Framwellgate riverside footpath.

Winds of up to 70mph were recorded in the North East, closing roads and causing sports events to be cancelled – but Cumbria was the worst affected, with bridges collapsed and main roads washed away.

Mrs Trevelyan, Conservative MP for Berwick-upon-Tweed, asked Ministers to consider plans to plant more trees “as a matter of urgency”.

She said: “In the light of the floods in Cumbria and elsewhere, I am pleased to say that flood defences provided security and protection, as they were supposed to, in north Northumberland.”

“They would cover some 50,000 hectares, much of which could be in the upland areas of river basins, to help nature to hold water and to reduce the risk of flooding in the long term.”

The Minister told her: “Although my thoughts are with those who were flooded, 8,000 houses in the north of England were protected by our flood defences.

“I completely agree with her about looking at the environment on a catchment level and making sure that we put in place tree-planting programmes that can both reduce flood risk and improve the environment at the same time.”

Mrs Truss defended the flood preparations and insisted the Government had invested in flood defence.

She said: “there will be unexpected scenarios, there always are”.

More than 5,200 homes and businesses in the UK were flooded, according to the Environment Agency.

Severe weather warnings remain in place for the flood-hit North West and throughout South-West Scotland but they have been downgraded to yellow from the more severe amber and the highest red level that came in the wake of Storm Desmond at the weekend.

There are no severe weather warnings currently in place for the North East .

Scientists at the Met Office have warned that more action is needed to tackle climate change.

Rising global temperatures will increase the risk of flooding, scientists warn, and the Met Office has said “all the evidence” suggests climate change could be playing a part in the record-breaking rainstorms which have caused floods in parts of the country.

Lord Deben, chairman of the Government’s advisory Committee on Climate Change, said: “The devastating flooding this weekend is a timely reminder that climate change is expected to increase the frequency and magnitude of severe flooding across the UK.”

A House of Lords inquiry is to hear evidence from the Environment Agency on how to ensure newly-built homes are not at risk from serious flooding.