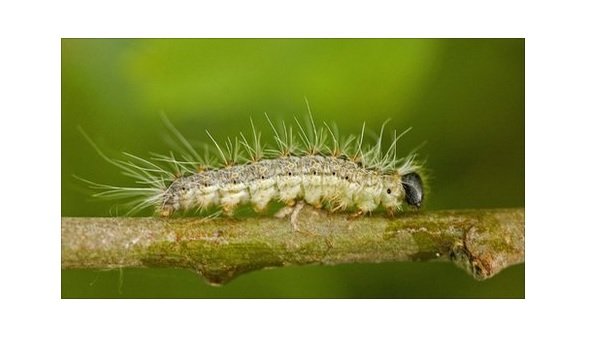 More woodland is to be sprayed with bacteria from the air to eliminate the oak processionary moth caterpillar, despite fears of the effect on other wildlife.

Parts of Sulham Woods near Tilehurst, Berkshire, will be targeted by the Forestry Commission in May.

The commission’s first spraying nearby sparked an outcry.

A commission spokesman said it had found evidence the oak processionary moth, which destroys oak trees and is harmful to humans, was still present.

He said the bacterial agent used, Bacillus thuringiensis, was “not known to cause any harm to humans or most animals.”

He said: “The spray will kill the caterpillars of all the butterflies and moths present, at a time when birds are feeding their young.”

A Freedom of Information request showed Natural England also had concerns about the method.

The moth caterpillar contains a toxin in its hairs that can cause itchy rashes, eye and throat irritations.

They feed on oak leaves and produce silken nests on trunks and branches.

The commission said no nests were found last year in Pangbourne, but it was spraying the area because five adult male moths were found.

It said that while this did not indicate a breeding population, it did show the pest had not been completely eliminated from the area.

She said: “The five moths caught at Sulham Woods were found in pheromone traps which lure the moths over a significant distance, males being able to fly several kilometres.

“If oak processionary moths are not present in Sulham Woods, other species of native moths such as green tortix will be wiped out in that area for no reason”.

The commission could not give an exact date for the spraying in May, but said it would close off the areas to be sprayed and post news on its website.