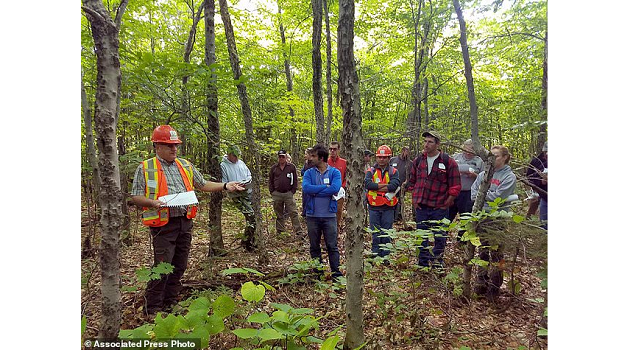 A study published in the Journal of Applied Ecology has found that beech trees are dominating woodlands across the northeastern United States as the climate changes.

The 30-year study states that changes could have major negative ramifications for the forest ecosystems and industries that rely on them.

Industries that typically use maple and birch for furniture and flooring could struggle with the increase of beech, which is more commonly used for firewood.

“There’s no easy answer to this one. It has a lot of people scratching their heads,” Dr. Aaron Weiskittel, a University of Maine associate professor of forest biometrics and modeling and one of the authors of the study said. “Future conditions seem to be favoring the beech, and managers are going to have to find a good solution to fix it.”

The authors of the study found that abundance of American beech increased substantially, while species including sugar maple, red maple and birch all decreased.

That’s a problem not only because of beech’s lower value, but because of the spread of beech bark disease, which causes the trees to die young and be replaced by newer trees that succumb to the same disease.

The authors found that the rise of beech and the decline of other species is associated with “higher temperature and precipitation” in the forests. The dominance of beech was also especially notable in some key tourist areas – the White Mountains of New Hampshire, the Adirondack Mountains of New York and the Green Mountains of Vermont.

And beech has the possibility to grow even more because it’s not a favorite food of deer, which will eat more seedlings of other trees, Weiskittel said.

The paper echoes other work that shows environmental changes are squeezing out important tree species, said Dr. Martin Dovciak, an associate professor in the Department of Environmental and Forest Biology at the State University of New York College of Environmental Science and Forestry who was not involved with the study.

“It’s important to realize that the species composition that we are used to, in terms of forest management, might be different in the future,” he said.

“We’re really dealing with the fallout from climate change, and how do we manage to accommodate for that,” he said.