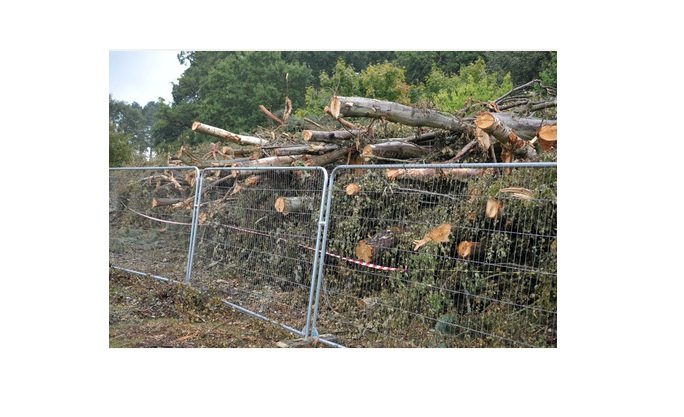 The Bedfordshire on Sunday reported on that councillors in Ampthill have denied claims that the wrong trees were cut down as part of a regeneration project.

It had been reported on the news site that a sign had been put up in Ampthill Park “saying contractors undertaking the landscaping work, as part of the Heritage Lottery Fund project, had made a mistake and cut down some of the wrong trees in the process.”

The work is part of the Capability Brown Tercentenary celebrations and has attracted backlash from residents in Ampthill who have criticised the work.

At the meeting of the Parks and Amenities Committee, the Bedfordshire on Sunday reported that Roy Tebbutt claimed the allegations were untrue and said: “The contractors carried out the work exactly as intended.”

Park manager Gary Quilter supported the claim and said: “If there were any problems or issues like this then the council would have been held to account by the Forestry Commission. No action has been taken because the work carried out was to plan.”

To read the full story, please visit the Bedfordshire on Sunday website here

For more information on the issue, please visit the town council website here

Image courtesy of the Bedfordshire on Sunday