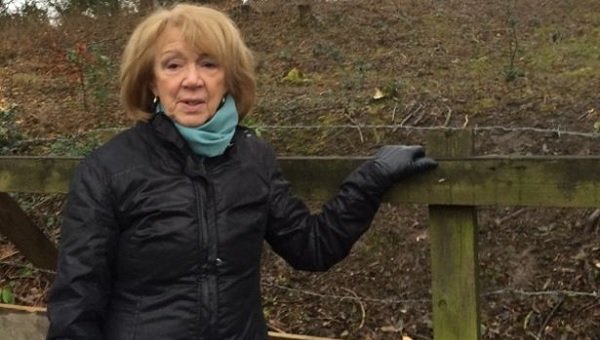 A natural beauty spot has been left looking ‘like a bomb has hit it’ after eight mature trees were lopped down illegally.

The trees, on land known locally as Bunker Hill, were hacked down earlier this month, despite being subject to a tree preservation order.

Residents say the land, off Bury Road and Camberley Drive, Bamford, has been left looking ‘savaged’.

Neighbour Roger Bottomley said: “What was a natural wooded mound and a haven for wildlife now looks like a bomb has landed on it.

“It was heavily wooded and now it is bare, they have just savaged it.

“The people who live in the homes on Bury Road bought them because they could look at the countryside view.

“They have left it bare – the trees they left are full of ivy, which will kill them anyway.

“They knew what they were doing.

“I am sure they knew there was a TPO on every one of the trees on there.”

Ward councillor Pat Sullivan added: “These trees were protected and on private land.

“They have made it look a mess – it’s shocking.

“Council enforcement officers are trying to find out who is responsible.”

Mark Widdup, director of economy and environment at Rochdale council, said: “A tree preservation order was placed on Bunker Hill in 1999 which recognised the importance of the trees to the surrounding area.

“We’re aware of the loss of some trees from the woodland and are investigating the circumstances of this recent removal.”