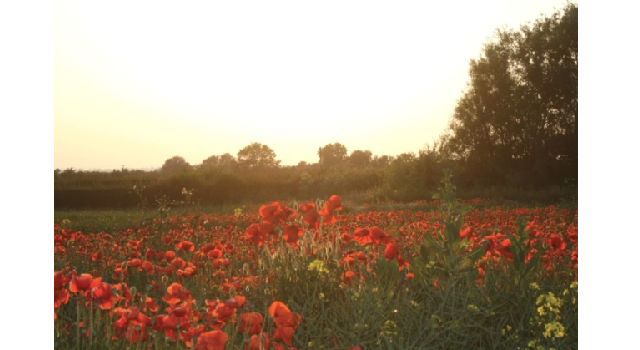 Over three million native trees will take root throughout the UK in commemoration of the 100th anniversary of the First World War.

Part of the Woodland Trust’s four-year Centenary Woods project, the trees will represent the millions of lives lost and affected by the war.

The trust’s ambitious project will see the creation of four flagship woods – one in Northern Ireland, England, Scotland and Wales. And the charity is now offering opportunities for individuals to dedicate one or more trees in Northern Ireland’s Centenary Wood as a unique and lasting way to remember ancestors or communities who played a part in the war.

Northern Ireland’s 53-acre jewel in the crown, recently christened ‘Brackfield Wood’, sits by the banks of the tranquil River Faughan in the north west’s Faughan Valley.

Patrick Cregg, director of the Woodland Trust in Northern Ireland, enthuses: “Your dedication will help us to create a flourishing new wood in an absolutely beautiful part of the country.

“The trees planted will be a living, lasting tribute to the people from the island of Ireland who fought or supported others during the war. It’s estimated that over 40,000 people from Ireland lost their lives, with countless others affected. And, with your support, we aim to plant 40,000 native saplings here at Brackfield, along with carpets of wildflowers including iconic red poppies.

“As well as being a place of reflection for visitors, the new stretch of glorious woodland will link and buffer a number of existing woods, providing an extended habitat for many species of wildlife, some rare.”

The Woodland Trust is also on the lookout for stories from local people whose ancestors served in, or were affected by, the First World War.

For further information on the tree dedication scheme, visit www.woodlandtrust.org.uk/fwwtree or call 0800 915 1914. To share stories of your loved one’s role in the war, please write to the Woodland Trust at 1 Dufferin Court, Dufferin Avenue, Bangor, BT20 3BX or email kayecoates@woodlandtrust.org.uk.

The trust’s Centenary Woods project is supported by lead partner Sainsbury’s, who are helping to plant millions of native trees to commemorate the First World War.

The site’s purchase has been assisted by Northern Ireland Environment Agency, a number of charitable trusts and foundations1, and the generosity of individual donors.