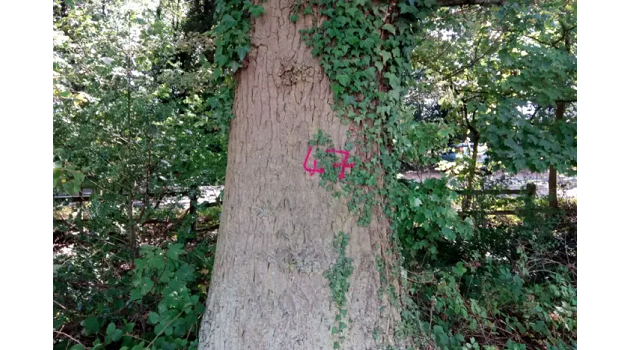 Threatened trees in a rural part of Kenilworth have been given permanent protection from unauthorised felling after fears they could be cut down. The trees, which run from Rouncil Farm in Rouncil Lane west to Roundshill Farm had marks painted on them in August. This led Rouncil Farm’s owner Ray Tebby to put up notices warning nearby residents and walkers the trees could be felled.

Although Warwick District Council claimed this was not the case, an emergency Tree Preservation Order (TPO) was subsequently placed on the 161 trees by the council before it made a firm decision on protecting them.

Anyone wishing to fell or alter the trees must get council permission first or face a heavy fine, and at a planning meeting on Tuesday October 10, the TPO was made permanent. Upon hearing the news, Ray said he hoped the trees would stay there for ‘hundreds of years’.

“Everybody I spoke to has said the same thing – why should they come down? There’s no real reason for them to come down.

“Some of the trees are dead, probably about three, and need to be made safe, but the majority of them are fine.”

Warwickshire county councillor Alan Cockburn, who leases the land where the trees are, had objected to the TPO being made permanent because the trees ‘were beginning to decline’. But the council thought the benefit of having the trees was too great and granted the TPO.