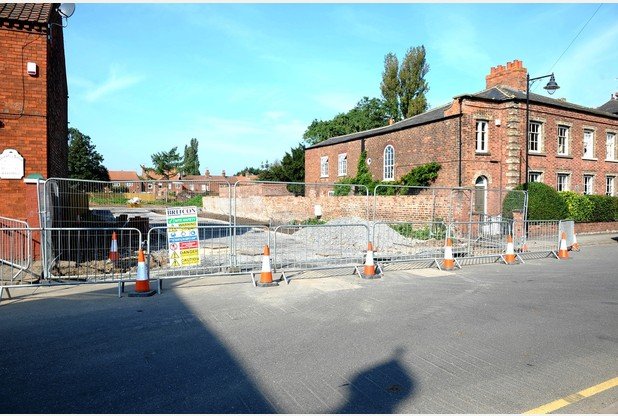 Replacing trees on a Barton building site has caused concern among residents.

A number of trees were earmarked for retention or replacement within the conservation area in Queen Street after Land Developers (Lincs) Ltd won planning permission for several homes at number 13, pictured.

Initial permission was granted in 2010, with a further application granting the felling of one tree in 2012 and the pruning of five trees this January.

Another application is now awaiting approval, with changes to the new houses proposed.

Councillor Neil Jacques, who lives in Queen Street, said he was worried about the trees’ possible replacements.

He said: “My concern is that, if they’re asked to replace them when they’re finished, we need it to be like-for-like – mature trees, not three-foot high saplings.”