Should an avenue of trees in Pershore’s Broad Street be felled? 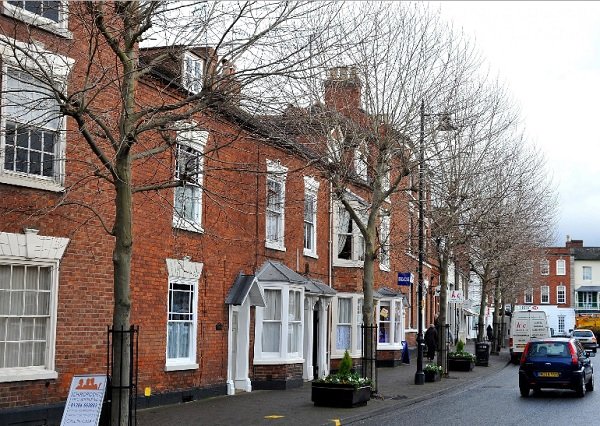 A woman who has been battling to keep an avenue of trees in the centre of Pershore has spoken out again in favour of keeping them.

Shirley Agg first raised concerns over the removal of the trees, which have damaged footpaths and blocked light into neighbouring properties, in September last year, urging town councillors to keep the London plane species currently in place.

The trees hit the headlines again last month after it was revealed they are set to be pollarded and work carried out on the footpaths around them by the end of this month (February).

At the town council meeting it was also said a consultation will take place on whether to remove the trees and replace them with a new species – something that’s required as they are in a conservation area. The consultation will happen later this year.

But Mrs Agg said if the trees, planted 12 years ago, were properly maintained they would be safe and manageable – something the county council disagrees with.

“The problem is not the fault of the trees it is negligence due to lack of maintenance,” she said.

“I believe by felling the trees it will be the easy option to make the fact someone has not done their job properly disappear, wasting tax payers money in the process.

“If the trees had been pollarded regularly the roots would not have spread so much, and health and safety issues would not be relevant. Nor would there be canopy problems.

“I do agree however that root guards should have been put over the roots when they were originally planted in 2002, but I understand they can be put in retrospectively. All they need to do is make the area around the foot of the tree a little higher, but not with block paving which does not work.”

A spokesperson for Worcestershire County Council said: “The trees in Pershore have been maintained correctly. The county council has been working closely with Wychavon District Council and the county arborculturalist, consulting on the best way forward for the trees.”