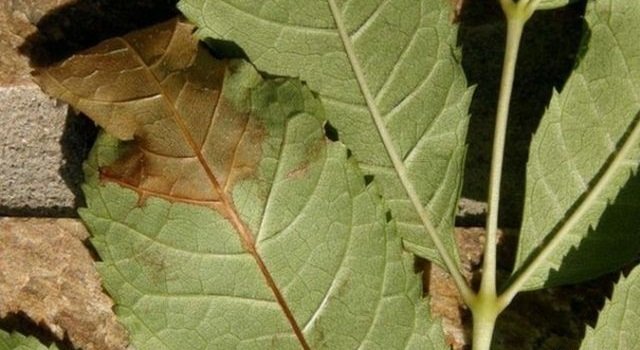 Ash dieback has decimated forests since arriving in the UK in 2012. It is still causing chaos in Northern Ireland, with dozens of fresh cases identified there in recent months. Officials revealed “about 80 further outbreaks” had been recorded so far this year, and warned that the disease was “still spreading”.

Ash dieback causes leaf loss and crown dieback in ash trees and can also cause an infected tree to die. The disease was first discovered in Northern Ireland in the autumn of 2012. It was initially linked to trees that had been imported. By December 2015, infected ash trees had been identified at a total of 110 sites with recently planted ash.

The disease was also identified in hedgerow ash at three locations in proximity to infected recently planted sites, raising fears it could be more widely dispersed.

Kaye Coates, from the Woodland Trust conservation charity, warned it was “extremely likely” that the disease would spread, adding that it would have a devastating impact.

“Ash is one of the most common trees in our Northern Ireland hedgerows, which are havens for wildlife,” she said.

“It has been used widely for making furniture and hurling sticks, as well as providing exceptional firewood.

“This disease poses a serious threat to the species and has the potential to change the face of our landscape.”

Ms Coates said it was not the only threat to Northern Ireland’s forests, citing Phytophthora ramorum. Commonly known as Japanese larch, it was first found in Northern Ireland in rhododendron plants more than 10 years ago and has now been identified in larch trees right across the region.

Thousands of infected trees had to be felled at Belvoir Park Forest in Belfast in 2014, and more recently the disease was detected at Cairn Wood in Craigantlet.

“The planting of native trees must continue in an attempt to expand and bolster Northern Ireland’s limited and fragile woodland resource.

“And, to become more resilient, our woods should contain a mixture of trees of different species and of different ages. Therefore, the trust will continue with its tree-planting efforts, substituting ash tress with other native species.”

The loss of ash trees could have a significant impact on the environment here.

Our current tree coverage level is 8%, compared to the UK figure of 13%, and the EU average figure of 37%. The ash tree is also the most common deciduous tree found here.

Details of ash dieback cases in Northern Ireland arose in a document prepared by researchers at the Assembly and published this week.

It warns: “The plant disease and invasive species threat posed to the environment in Northern Ireland is increasing.

“It is likely to continue to do so due to factors such as increasing world trade and the potential impacts of climate change.

“These factors also increase the potential risk of the threats that we face diversifying and affecting a wider range of plant species.”