Ash dieback has the potential to be a devastating disease 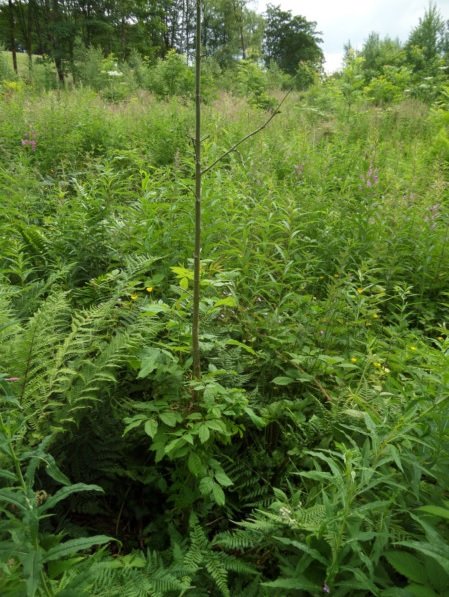 Ash dieback was first diagnosed in Northern Ireland in November 2012 in a small number of infected ash trees at a recently planted site. All of the ash trees in the batch were removed and destroyed.

Following this positive finding, throughout 2013 and 2014 the Plant Health Inspectorate of DARD carried out an intensive survey of recently planted ash trees across Northern Ireland. This included tracing the sources of the infected trees and then identifying where trees from the same source had been planted.

By mid June 2015 ash dieback has been found on almost 100 sites, almost exclusively on young recently planted (< five years) trees and as a result close to 100,000 young ash trees have been removed and destroyed in order to contain the spread of the fungus. Intensive surveys of the hedgerows, ash trees and other sites close by have been closely examined for any evidence of spread to ash in the wider environment. But what are the risks?

What is ash dieback?

Ash dieback is a disease of ash trees caused by a fungus called Hymenoscyphus fraxineus (it used to be called Chalara). The fungus can infect many species of ash but is especially destructive of common or European ash (Fraxinus excelsior), including its ‘Pendula’ ornamental variety. Narrow-leaved ash (Fraxinus angustifolia) is also susceptible. Ash trees of all ages can get the disease and infected trees will not recover although larger, mature trees may survive for some time.

How is the fungus spread?

The life cycle of H. fraxineus is complex. During June – September tiny mushroom-like structures, called apothecia, develop on the ash leaf litter on the ground surviving from the previous autumn.

Although these apothecia are very small – about the size of a pinhead, they have the potential to produce large numbers of spores which can then be spread in the wind. When spores land on a fresh ash leaf they will germinate, the fungus will penetrate the leaf surface and grow back into the petiole (leaf stalk) and stem.

What are the symptoms of ash die back?

At this time of the year (June – August) the most obvious symptom will be wilting foliage. As the fungus infects the leaf and petiole the shoot will wilt. As the disease progresses, a darkly stained lesion will develop on the stem. At the start this will be small but over a few months can grow into a large, often diamond shaped lesion, extending both up and down the stem.

When the bark is paired away there is clear staining of the tissue underneath. Over time the fungus will kill the tree. On older trees often the first sign is dieback in the crown which can then extend to the rest of the tree.

What is the impact of ash dieback?

In Denmark, Sweden and a number of countries in Eastern Europe, where ash dieback disease has been present for twenty or 30 years, large numbers of trees have become infected with many dying, or becoming severely weakened. A very small number of trees appear to have remained relatively unaffected.

In Northern Ireland, if the disease was to become established and widespread the impact on the environment could be significant.

Ash is a very common tree, particularly in hedgerows in some parts of the country. Significant loss of ash has the potential to change the landscape as well as having a negative effect on biodiversity.

What is being done?

In 2015 DARD Forest Service and AFBI are conducting an extensive (> 1,000 sites) structured survey covering the whole of Northern Ireland. This will concentrate on plantations established with imported trees in the past five to ten years and on buffer areas around previously positive sites.

AFBI is running a research project to investigate whether the fungus is producing spores in the wild and if these are becoming airborne. There are a number of air/spore samplers at different sites which are sampling the air constantly in order to detect spores moving in the air.

What can YOU do?

We need members of the general public to watch out for symptoms of the disease and report them to DARD.

In order to facilitate this DARD / Forest Service and AFBI have developed an App, called “TreeCheck” for use on smart phones. This can be obtained by accessing www.treecheck.net on your smart phone’s web browser. If you see a tree which is showing ill thrift, you can use your smart phone to record some information and to take a photograph of the symptoms. Your phone will record the position of the tree using GPS. When this is submitted, the information will be assessed by a team of experts who will make a judgment as to whether a DARD Plant Health Inspector should examine the tree in question and take a sample for further laboratory diagnosis.

Tree Check can be used to report any tree disease, not just Ash Dieback. This is an opportunity for members of the public to join in the fight against the introduction and establishment of new pests and diseases.

Where can you get further information?

There are a number of web sites giving helpful information, pictures and details of a whole range of serious actual and potential pests and pathogens affecting trees and shrubs. These include DARD (http://www.dardni.gov.uk/index/plant-and-tree-health.htm) and the Forestry Commission (http://www.forestry.gov.uk/pestsanddiseases).