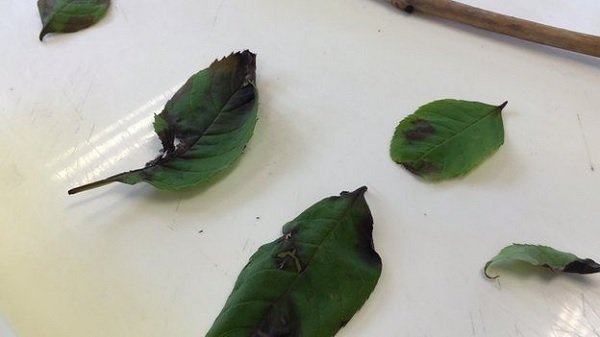 One hundred thousand young ash trees have been destroyed in Northern Ireland in an attempt to combat a potentially devastating disease.

They have been removed to stop the spread of ash dieback, a fungal disease that can infect mature trees and saplings.

Scientists have warned that if it is not contained it could change the landscape and affect our biodiversity.

It has been found on around 100 sites in Northern Ireland.

All those sites were planted with imported saplings, some of which had the infection.

Infected ash trees were destroyed along with any others planted alongside.

The disease is widespread in Europe where it is killing mature trees.

In Northern Ireland, it is mostly in saplings planted within the past five years.

It spreads on the wind by spores.

Scientists at the Agri-Food and Biosciences Institute (AFBI) in Belfast are trying to establish if that is happening in Northern Ireland yet.

Prof Alistair McCracken, a plant pathologist with AFBI, said: “This is a serious disease. In Denmark they say up to 90% of the ash trees have been infected.

“Now they haven’t all died, but they have been affected and are looking quite sickly so potentially this could have a huge impact on the Northern Ireland environment.”

Infected ash trees will not recover, although mature trees can survive for a long time.

The fungus appears between June and September on leaf litter. Each pinhead size fungus can produce large numbers of spores.

When they land on a fresh ash leaf they germinate, penetrate the surface and grow into the stem.

The first symptom is wilting leaves. As it gets worse the trees will develop a diamond-shaped dark-coloured lesion on the bark.

In Denmark, Sweden and east European countries, where the disease has been present for 30 years, large numbers of trees have become infected.

Scientists are worried about its impact in Northern Ireland, where ash is a common tree.

They are carrying out a survey of more than 1,000 sites to identify any further problems.

And they have asked for the public’s help.

The authorities have developed a smartphone app called Tree Check that the public can use to report potential problems, including a picture and a GPS position.

They will then be assessed and, if necessary, the site visited by experts.

Jim Crummie, plant health expert with the Forest Service urged the public to download the app and to be the “eyes and ears” of the authorities in the fight to combat the disease.