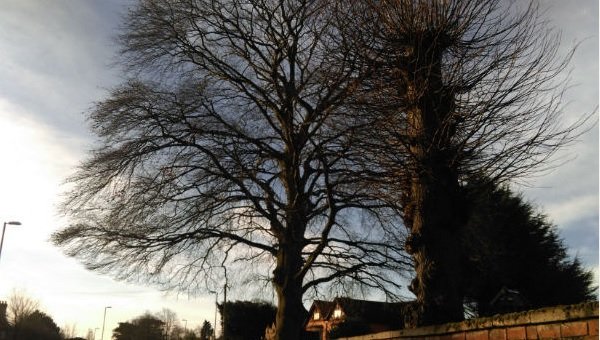 A large beech tree is at the centre of a neighbourhood dispute in Longford as an application for it to be felled has been met with a petition to save it.


Ann and Roy Leese, who have the tree in their back garden in Tewkesbury Road, have applied to remove it as it is causing them months of backbreaking work every year to clean pigeon droppings from their patio.

Roots from the tree are also damaging a wall along Tewkesbury Road, and the couple fear that passers-by could be hurt if it collapses.

But 40 people from the area have signed a petition to save the tree from being felled, with objections citing its “outstanding beauty” and that it is “a large focal point of the area”.

Ann said: “If this tree was a human being and it had impacted upon a person’s life like it has with us would have been given an ASBO. The pigeon droppings start in March and they don’t end until October. I have to get on my hands and knees to scrub the patio every day. We’ve tried everything- it took four hours with a pressure washer to clean the droppings off.

“People living opposite just see the tree in full bloom. No one’s arguing the fact that it’s a beautiful tree but it’s just not as straightforward as people think.

“It shouldn’t be in a built up area because the wall is becoming a danger to the public. It’s a catch 22 for us because the public want a beautiful tree but we’re being given all the responsibility for it.”

Other concerns raised cited an abundance of beech nuts on the nearby cycle path and beech flowers during May which stick to windows, doors and vehicles

But an objection to the application was raised to the city council by Patricia Trevett, who said: “This beautiful tree has been in place for many years and has been

the source of much pleasure to many people in the vicinity as well as to passers by.”

More concerns were raised by Colin Edmonds, who wrote: “Native or naturalised trees are homes to many different species and in urban settings surely are even more important especially with ever-decreasing open-spaces.

“I would be appalled if the Beech Tree was removed when there is clearly nothing wrong with it.”

Gloucester City Council will consider the application during a planning committee meeting on Tuesday.