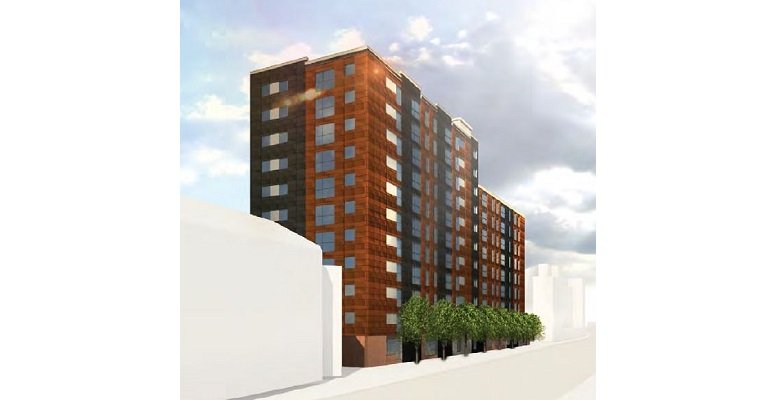 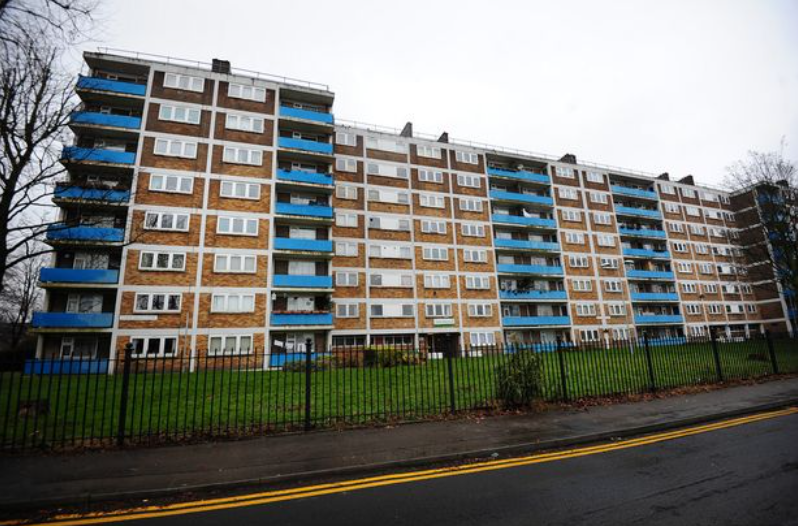 Canon Green Court, a 1960s apartment block recognisable to some TV viewers by its distinctive blue façade. Time had taken its toll over the years and the building was earmarked for essential improvement.

As well as the communal grounds, the frontage along Blackfriars Road was improved by planting 11 Liquidambar Slender Silhouette trees, utilising a 58-metre-long trench to provide plenty of good quality shared rooting space for the trees. These trees, which can grow up to 18 metres whilst retaining a slender two metre spread, will carry out a vital role in absorbing carbon and other air-borne pollutants.

Stephen Martlew Landscape Architecture specified the tree pits to incorporate Green-tech’s ArborRaft system, a geo-cellular tree pit solution that enables the use of a good quality, friable, organic soil within the tree pits, as opposed to structural tree sand. The landscape contract work was awarded to Beech Landscape (Developments) Ltd.

The area above the trees is a block-paved extension of the pavement alongside a busy main road. It was therefore imperative that a system was put into place that protected the soil below from compaction whilst supported the paving above. The team couldn’t encroach on the underground service lines or fill the rooting area with plastic. 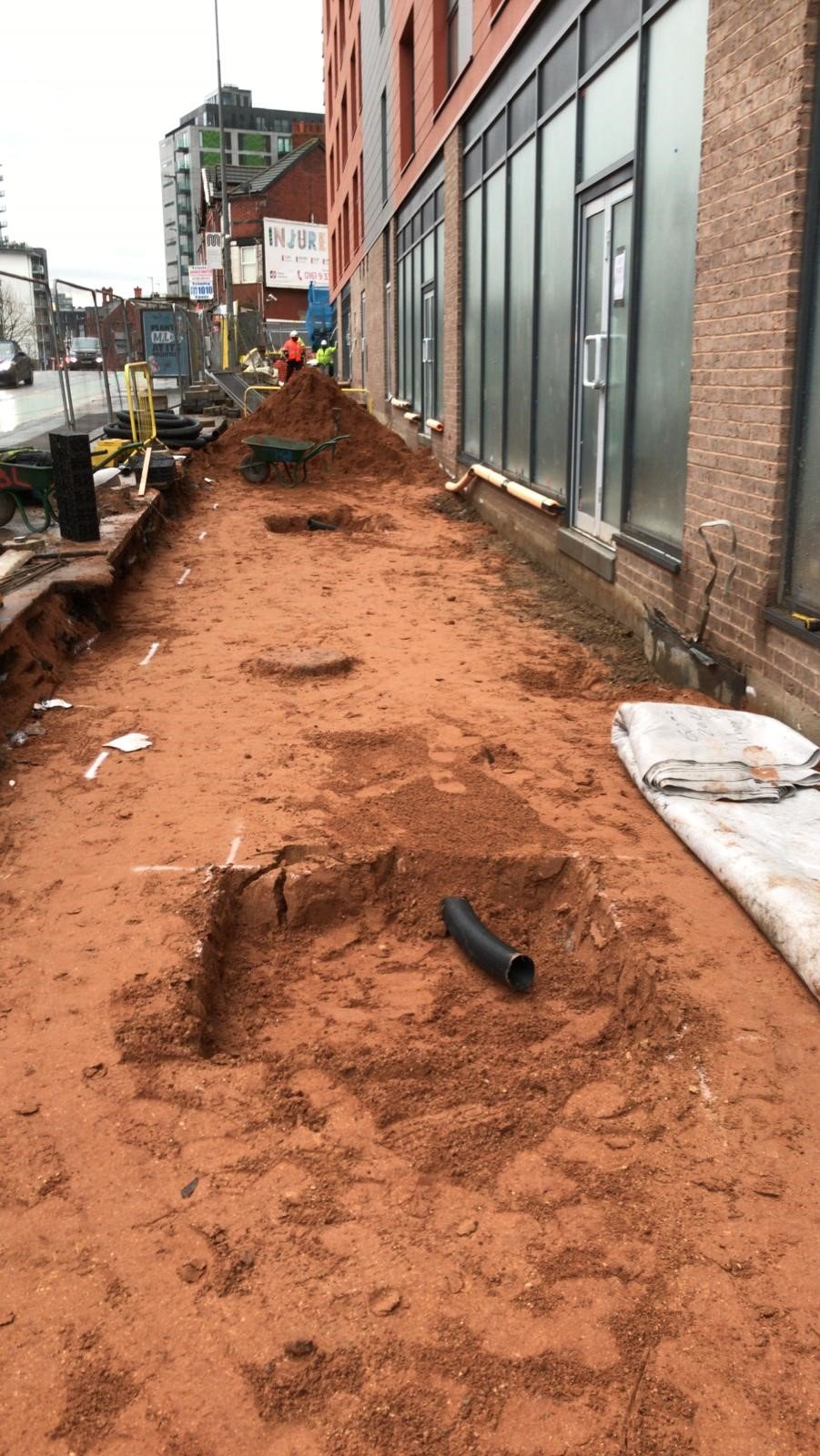 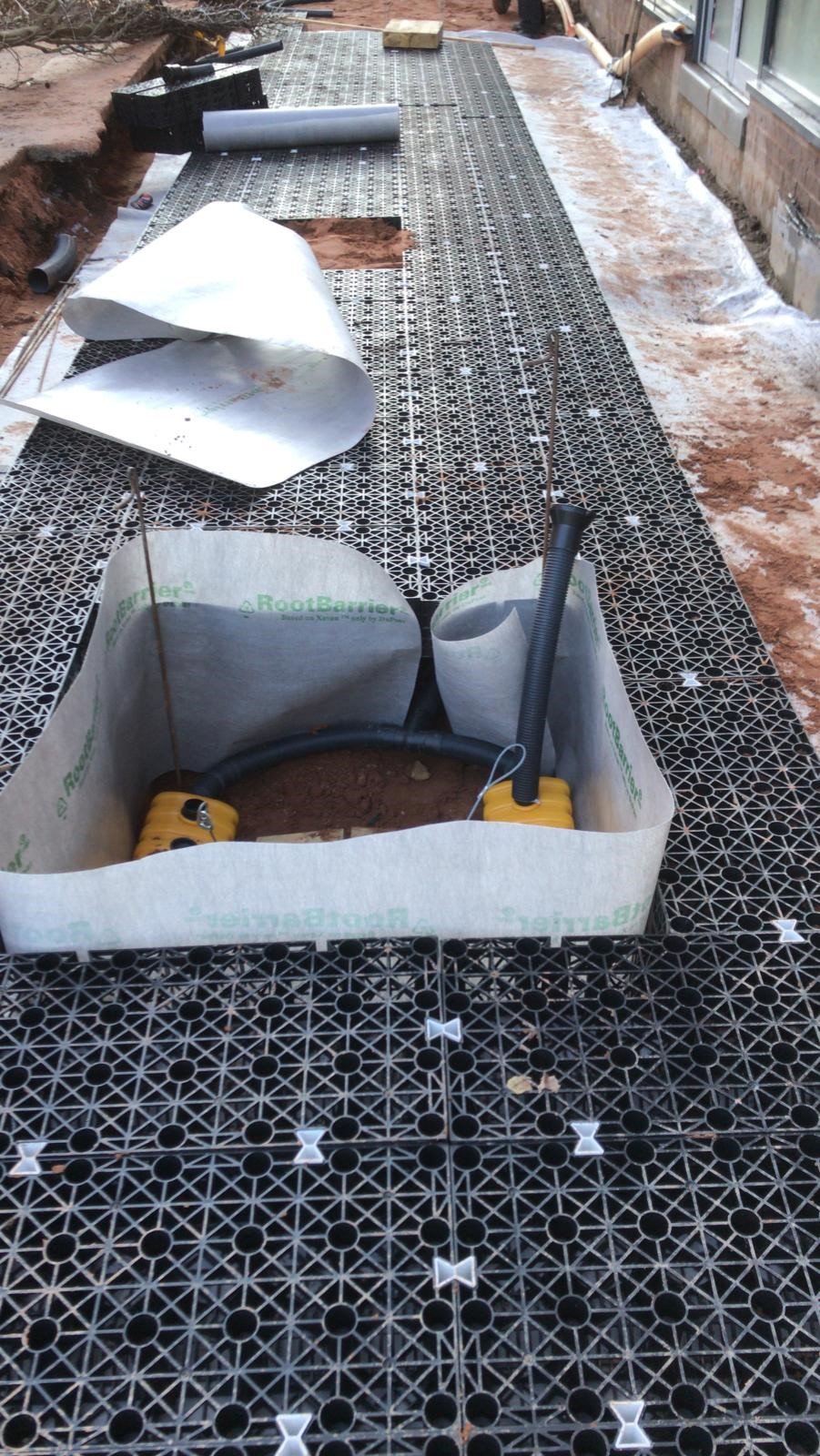 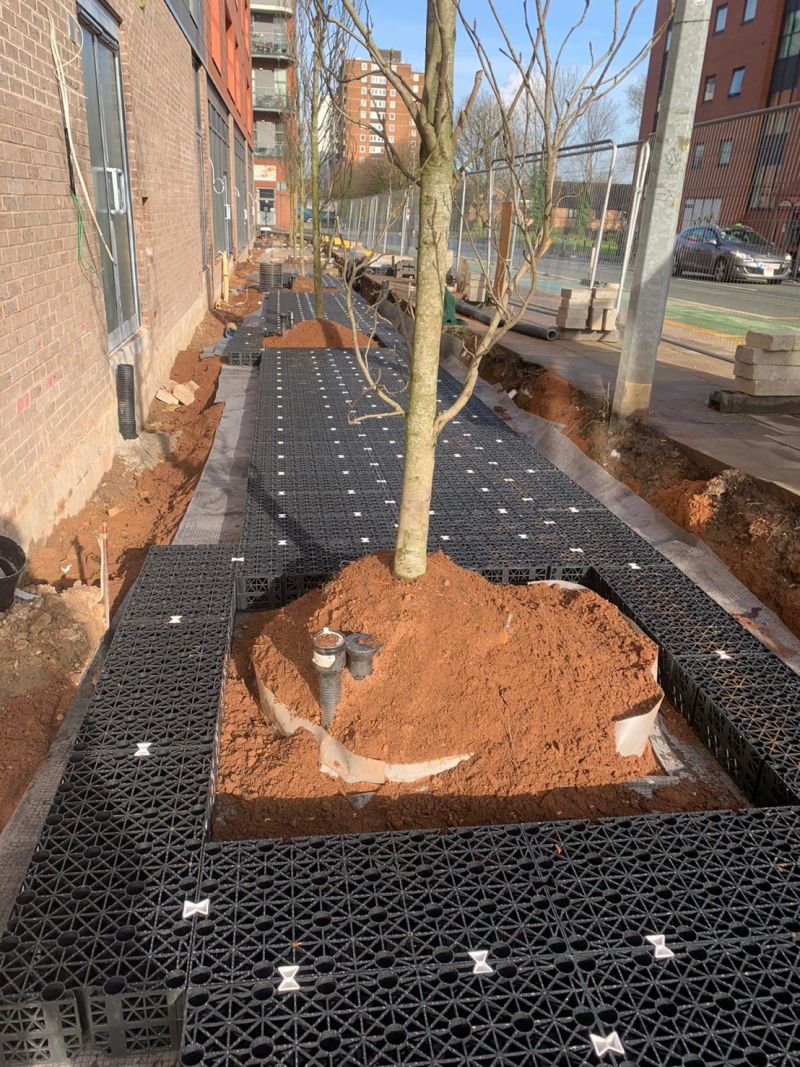 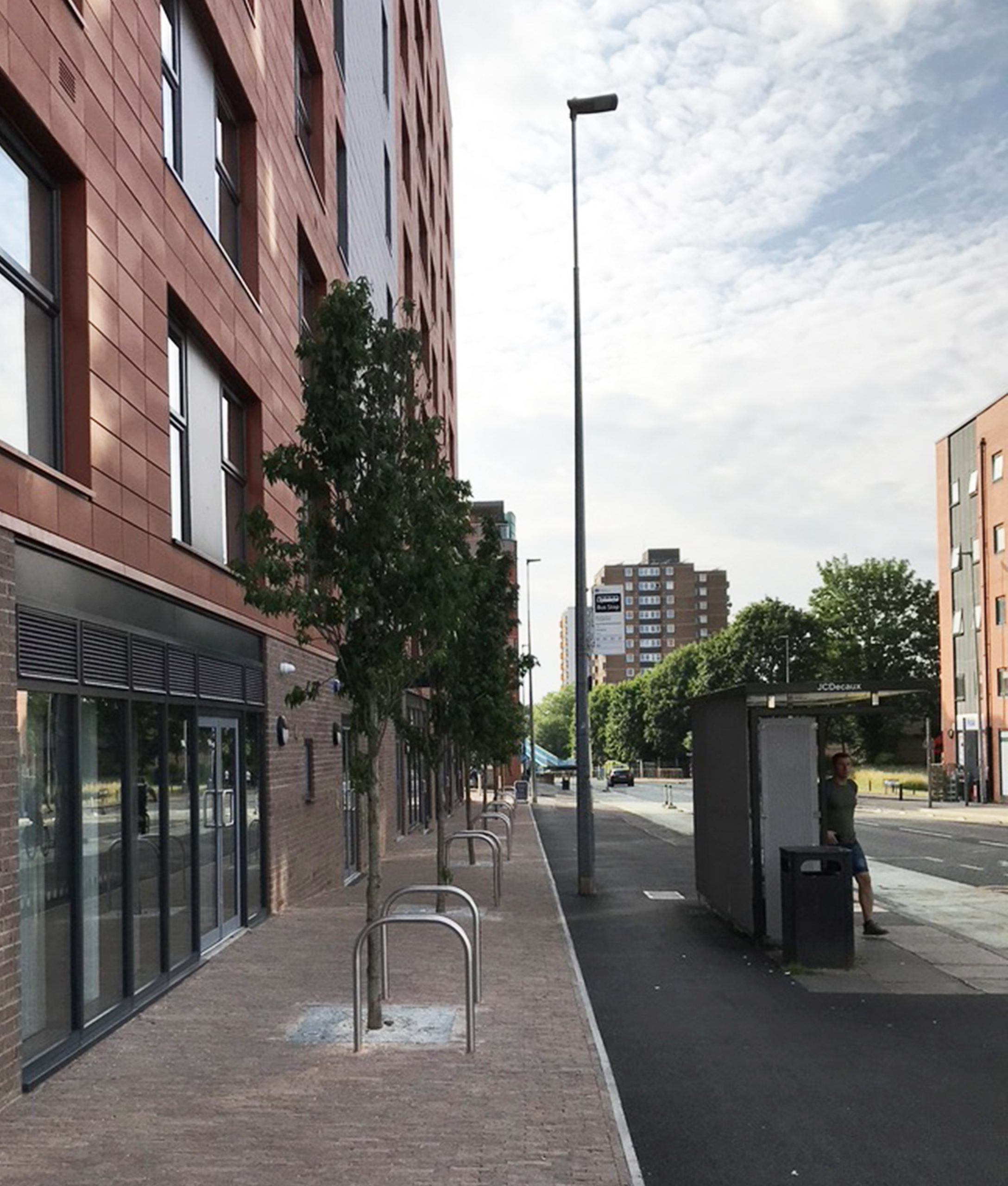 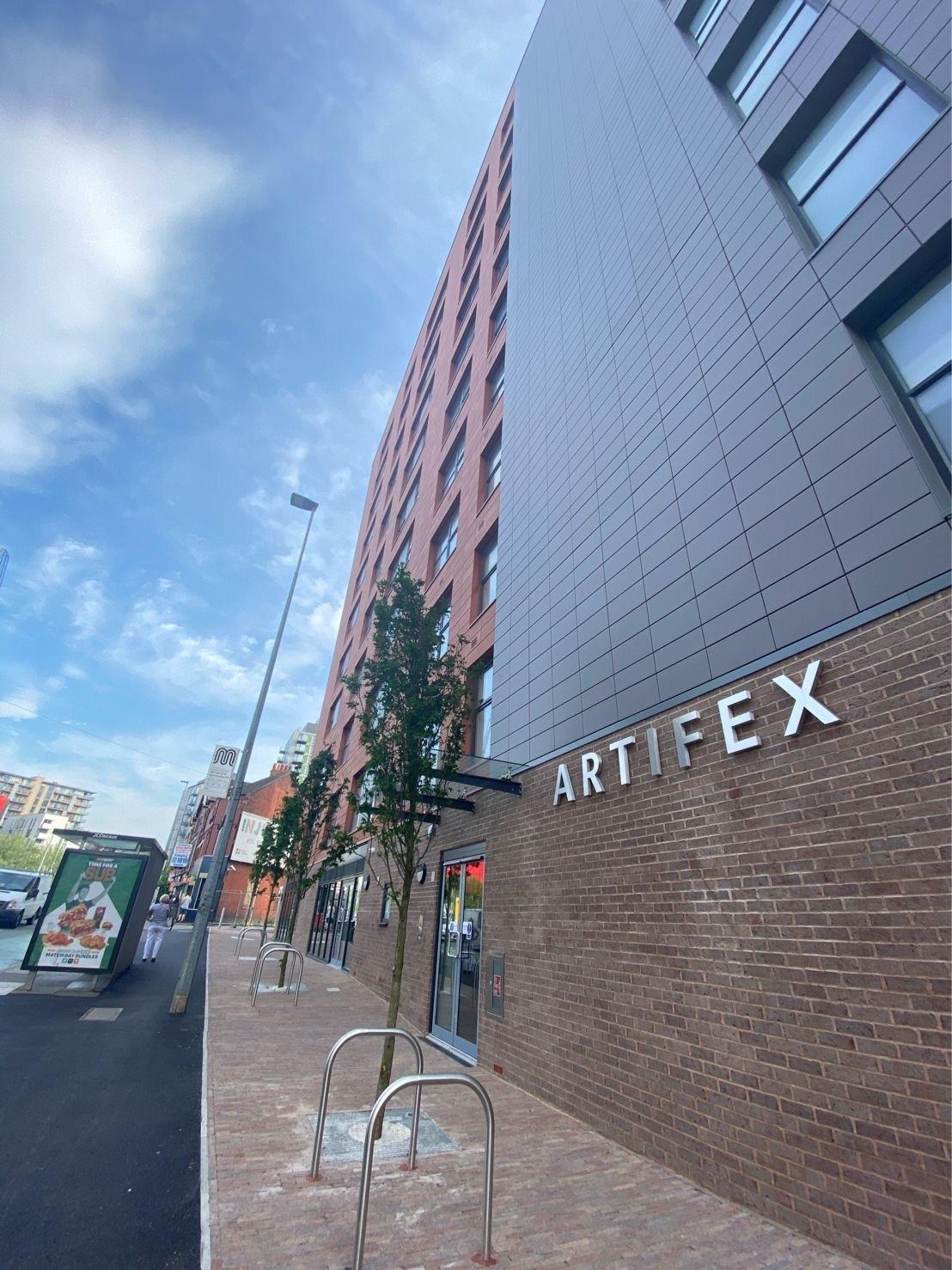 Green-tech’s ArborRaft system is a highly rigid, yet shallow sub-base replacement, capable of supporting up to 70 tonnes per square metre. Requiring a mere 500mm wide shoulder around the edge, it acts as a raft, spanning the tree pit or trench without any plastic encroaching into the rooting zone. Using recycled polypropylene with a 95% void ratio, it acts as an air void, bringing aeration closer to the roots.

One of ArborRaft’s key advantages over traditional deep pit crate-style systems is the 150mm shallow profile. This came into its own when the installation team discovered a plethora of Victorian pipework less than half a metre underground. Nick stated that if they had been using a crate-style system, it would have given them a real headache and taken a lot longer to install.

Each tree within the trench was completed with Mona irrigation tanks, tree anchors, and over 120 tonnes of Green-tech’s Green-tree British Standard subsoil and specially formulated ArborRaft topsoil, to give the trees the best chance of establishment.