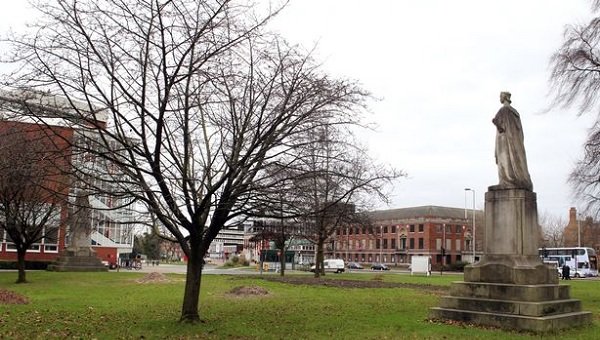 An arboretum to remember those who have died serving their country since the two world wars is being planned for Salford.

It is estimated that about 100 members of the services from the city have lost their lives since 1945.

They have fallen in conflicts including Suez, the Korean War, Northern Ireland, The Falklands, and more recently Afghanistan.

The most recent memorial was to Fuslier Simon Annis, of Cadishead, who died, aged 22, serving with the Royal Regiment of Fusliers in Helmand Province, Afghanistan.

Now the city is proposing a park of remembrance similar, but much smaller in scale, to the National Memorial Arboretum in Alrewas, Staffordshire.

City Mayor, Ian Stewart, the former president of the Irlam and Cadishead branch of the Royal British Legion, said: “We have well over 100 Salford people that have never been honoured.

“We have been discussing for about 18 months the possibility of creating an arboretum. We are well on the way with talks with Broughton House, the care home for ex-servicemen and women, and with someone who is an expert in providing this type of memorial. It would be for the fallen outside of the first and second world wars.”

No location has yet been identified for the arboretum.

The national one covers 150 acres and is regarded not as a cemetery but ‘a place of life’ represented by 50,000 trees where older and younger generations can walk.

The trees and the more than 300 dedicated memorials on the national site are seen as ‘a living tribute that will forever acknowledge the personal sacrifices made by the Armed Forces and civil services of this country.’

There is a large area devoted to Police who have fallen while on duty, as well as other areas devoted to the Fire and Rescue and Ambulance services. National charities representing those who have died in particular circumstances, including children, are also to be found in the National Arboretum grounds.

The Arboretum was officially opened to the public in May 2001.

One location for the Salford one could be Peel Park. Councillors are trying to secure funding for a £2m refurbishment of the facility which opened in 1846. The council has had a £54,000 Heritage Lottery Fund grant to research the history of the park.