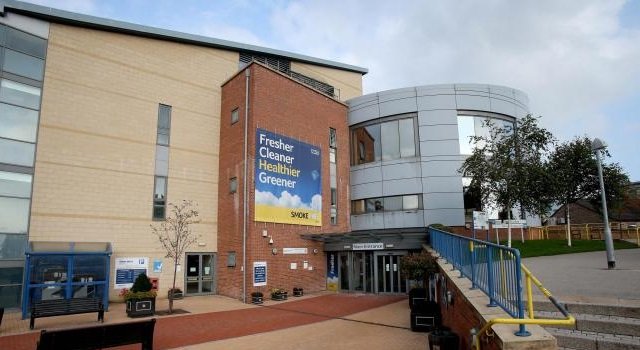 A hospital has applied to cut down trees next to a “highly flammable” oxygen tank because they are a fire hazard.

The trees are at the University Hospital of North Durham, in North Road, Durham, and are close to a 20,000 litre oxygen tank.

The application, submitted to Durham County Council by Engie, which manages facilities at the hospital, says: “The tank is highly flammable and is vital to patients at the hospital.”

It adds that current guidelines for the storage of liquid oxygen are that there should be no wooden structures within 15 metres of the tank because of the potential fire hazard.

The ten mature trees are all between four and 20 metres of the tanks.

The company wants to fell two sycamore trees, seven birch trees and a rowan tree and remove deadwood from a large beech tree, as well as remove a number of smaller self-seeded trees which could be a potential risk to the tank in the future.

Stephen Keene, from Olivers Tree Services, has also recommended a higher level of tree management to establish acceptable levels of safety for the site.