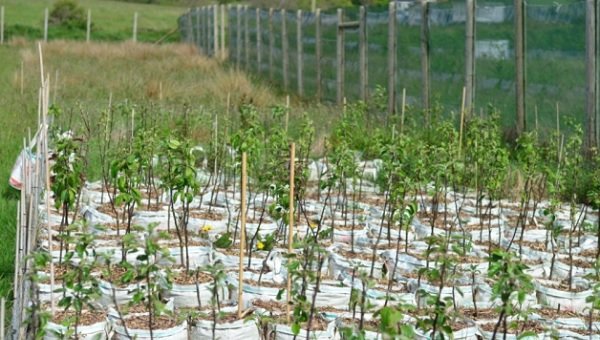 More than 160 apple trees are to be planted in and around Berwick in tribute to local people who have died at war.

Each tree will carry a plaque recording names from men and women who are listed on War memorials including Berwick, Tweedmouth, Spittal, Scremerston and Ord.

The ambitious plan was revealed by Phil Elliot, who told Berwick Royal British Legion committee that the aim was for first 100 trees will be in place by August 4, the 100th anniversary of the Great War.

“They will not just be trees – they will be memorials,” he said.

Mr Elliot explained that the trees would be established after four years, bearing fruit and a lasting tribute to those who had shown great bravery.

Local schools will be involved and it is hoped that the Freeman of Berwick will also get on board. They have already said they want to produce a book including the First War experiences of local people and Mr Elliot said he and his team would be helping with this.

“We realised how much this scheme means,” Mr Elliot said. “It has never happened before and we are determined to make it a succeed.”

The first 100 trees will be brought from Somerset to Berwick in mid-July.