Could another of Frome’s great trees be lost? 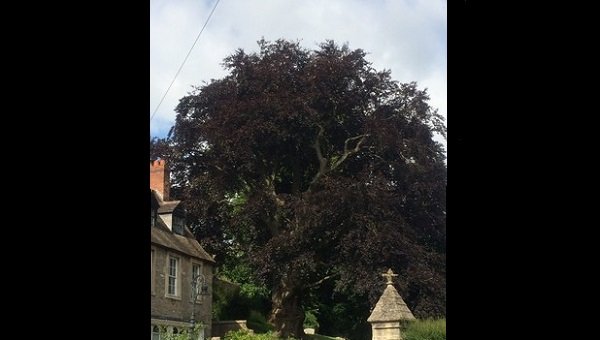 The future of another of Frome’s great trees could be under threat following proposals put forward to fell it.

The copper beech tree, which sits in St John’s Churchyard, is said to be more than 250 years old.

In recent months concerns have been raised about its size and whether there is a danger of falling branches into a small lane, which runs to the left of the tree.

An application to section fell the tree was submitted by the Landscape Group, which is the contractors who maintain the closed churchyard on behalf of Mendip District Council.

The future of the tree was discussed at a recent town council planning sub-committee, in which councillors expressed their concerns over its potential loss.

An arboricultural report was compiled to find out the exact state the tree is in, and despite it being quite hollow and diseased, consultants, Atworth Arboricultural Ltd, near Melksham, said it was worth re-assessing its condition in a year’s time.

It noted that there was some disease and hollowing of the trunk, but due to its sheltered location, it was unlikely to fall.

The report stated in its conclusion: “The tree is important part of the landscape of Frome town centre and many people stopped to express their concerns about the tree’s future, all wanted it to remain.”

Town Councillor Graham Burgess said the tree has been reduced by 30 to 40 per cent in 2010 and even though he didn’t wish to see anyone hurt from falling branches, he felt the district council should listen to the arboricultural consultants and re-inspect in a year’s time.

Councillor Pippa Goldfinger explained that even though the tree was virtually hollow, it was a strong structure.

Two residents came along to the meeting and spoke passionately about the tree.

One of them, Julian Hight, who campaigned to save the London Plane tree, in the Kingsway Precinct said he had been in contact with the Ancient Tree Forum and sought advice.

A representative had been to look at the tree and after a visual inspection had said retaining as much of the tree as possible seemed the most sensible way forward instead of felling it altogether as these trees could never be replaced.

He said the forum would conduct an assessment and written report but that would be in the region of £1,500.

Another resident said it was quite normal for a beech tree to be hollow and that the roots were in good condition. He said the importance of the tree could not be ignored and said the cost would be a small price to pay for keeping it for generations to enjoy and learn from.

The councillors decided to go along with the recommendations in the arboricultural report to re-inspect the tree in a year.