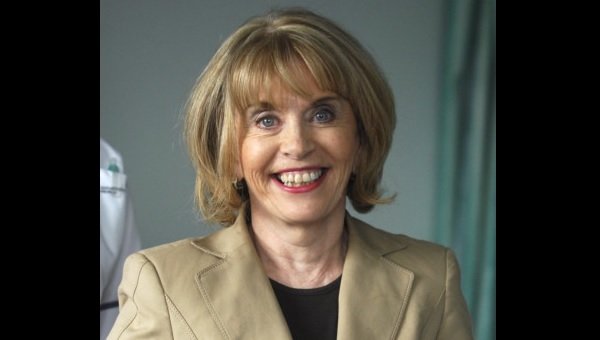 Stagecoach tycoon Ann Gloag has been accused of breaching planning rules after a tree was cut down during building work in the grounds of her castle.

Workmen chopped down the oak tree while starting construction on a three-bedroom house near Kinfauns Castle.

Mrs Gloag, who is one of Scotland’s richest women, had been given permission for the building – thought to be for use by a relative – on the condition that no trees were disturbed at the site.

However, an inspection officer from Perth and Kinross Council noticed the tree had been felled during a visit to the Kinfauns estate after the businesswoman asked for planning permission to make the new property larger than originally planned.

Mrs Gloag’s representative has said the tree was taken down on the advice of tree surgeons because it was rotting and she intended to replace it.

The 72-year-old has now been told she will have to plant a replacement tree before the new house can be occupied.

In a written report, council planning officers said: “The previous application was approved with a condition requiring that remaining trees on the site be retained and protected.

“The Development Monitoring Officer, on visiting the site, identified that this condition had been breached.

“It was discussed that with this application being submitted the breach could be resolved through the inclusion of a condition requiring a replacement heavy standard oak tree to be agreed ‘within three months of decision’ and implemented prior to occupation of the dwelling house.”

Mrs Gloag has made a number of applications to build new homes on land she owns near the castle in recent years.

In 2012 she won a battle to build two homes, including a six-bedroom mansion, despite protests from neighbours and conservationists.

Plans for the larger bespoke house attracted a strong objection from Forestry Commission Scotland, which warned it would ruin an area of ancient woodland.

Residents living nearby claimed the houses would spoil the privacy and seclusion they currently enjoy and cause a drop in property values in the area.

Last year Mrs Gloag applied for permission for a row of three terrace houses on the site of a steading close to Kinfauns Castle.

However, the council ruled the location of the proposed homes was part of a green belt site in an area of great landscape value.

Mrs Gloag, who has an estimated £650 million fortune with her brother Sir Brian Souter, won the right to restrict access to her property in 2007.

The case, the first of its kind, allows her to keep the public out of ten acres of grounds.

Although she remains a non-executive director of the transport empire she built with her brother, Mrs Gloag now devotes much of her business acumen towards humanitarian causes.

In the 2004 New Year’s Honours list, she was awarded an OBE for her charity work.