Anger as trees given the chop in Newhaven 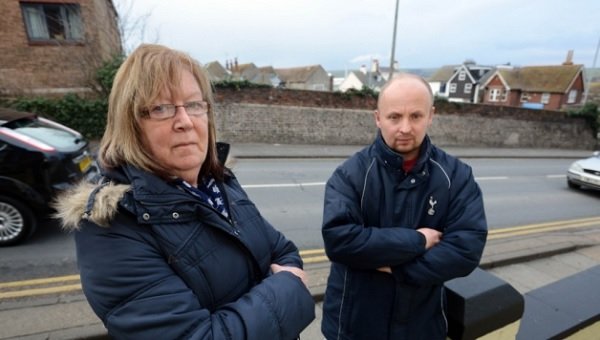 Residents were up in arms after several mature trees were removed from the site of the new Fire Station under construction in Newhaven.

They said the trees helped to remove vehicle fumes from South Way, which is one of the most polluted roads in the town.

But Lewes District Council, which will share the building with the fire service, said it only agreed to the removal of the trees on the basis new trees would be planted and landscaping would take place.

South Way resident Jay Holder said: “I can understand the need of replacing and replanting trees but they would not compare to the grand aged trees that were currently in place, especially the beech tree which stood tall and is rare and native to the South of England.

“Year after year, wildlife such as birds, including crows, flock to these trees to nest every year.

“These very large trees also help and benefited us from the very polluted South Way and ring road which surrounds the town.

“South Way has already been verified as one of the polluted areas in this town.

“These trees blossomed beautifully in the spring, summer and autumn time and were lovely grand aged trees to look at, now sadly they have gone.”

And neighbour Phil Sage added: “The pollution here is terrible.

“Obviously the trees get rid of some of the pollution.

“It was a nice view really. Now it looks horrible.”

“Due to the scale of the work, it has unfortunately been necessary to remove a very small number of trees.

“The removal of these trees and replanting plans were included within the planning application.

“We can understand that this may look like a significant change but would like to reassure residents that we will plant new trees as part of the development.”

A spokesperson for the district council said: “Lewes District Council only agreed to the removal of the trees, one of which was diseased, on the basis that replacement planting of new trees and landscaping takes place.

“The decision to remove the trees was not taken lightly and only after careful consideration.

“We are keen to see a great new facility for the fire service completed that will bring benefit to the local community.”