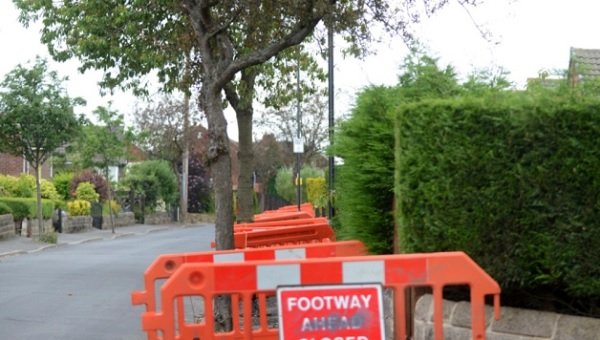 Angry Stannington residents say they were given just a few days notice that trees are to be cut down on their streets.

In the Marchwood area 36 trees are being felled as part of Streets Ahead work – the council says because some are causing damage to footpaths or are in poor health.

But residents living along the tree-lined streets are furious they were told only a few days beforehand the work was being carried out.

Coun David Baker, Lib Dem councillor for Stannington, said: “We know certain works are needed – but that does not excuse the pathetic consultation the council has carried out, with notices appearing just days before historic trees are ripped from the ground.”

Coun Jack Scott, cabinet member for Streetscene, said the trees – mostly cherry, planted in 1962 – will be replaced later this year.

“We have 36 trees causing damage to footpaths and kerbs and some are no longer in the best of health,” he insisted. “We do have to remove these trees. Although 36 will be removed that is 27 per cent of the total trees in the area. The trees will be replaced once planting season begins from November to March.

“I speak to people on a daily basis who are split between wanting to retain highway trees and wanting them removed.”