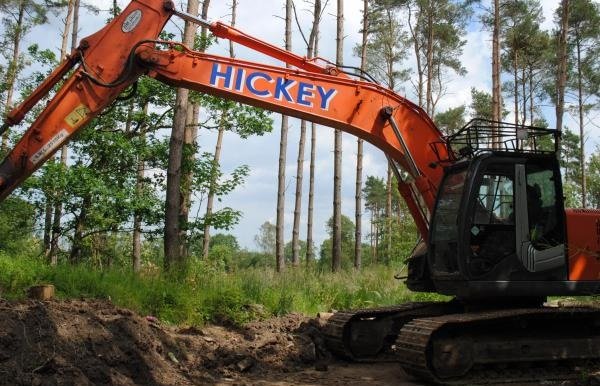 Basingstoke MP Maria Miller has written to the Attorney General about the “astonishing” sentence four men received for illegally felling trees in Sherfield-on-Loddon.

The men were not fined, but each ordered to pay £400 in court costs and £15 victim surcharge.

As reported in The Gazettee, residents in Sherfield Park raised concerns after the trees were logged and burned without warning in June last year.

They feared the trees were felled to make way for a traveller site – and in August last year, Green Planning Studio put in an application on behalf of Biddle for three gypsy pitches which was rejected by Basingstoke and Deane Borough Council.

Speaking after the court hearing, Mrs Miller said she was disappointed that the court did not “send out a message” by fining the men.

Mrs Miller told The Gazette: “It is astonishing for the courts to fail to use their powers to further sanction this act of what can only be described as environmental vandalism.

“I have already written to the Attorney General Jeremy Wright MP. I do think that questions need to be asked about why the courts are not using powers that are open to them.”

They are the registered land owners of the site in Sherfield-on-Loddon that was bought for £60,000 in April last year.

As reported in The Gazette, the borough council won a court injunction to stop the felling. The Forestry Commission also wrote to the landowners ordering them to replace the felled trees by June 30 this year.

Planning officers at the borough council used delegated powers in December last year to refuse the application for three gypsy pitches and hard-standing. They said the plan would result in the loss of protected trees and result in danger to traffic on the A33 Reading Road.

The matter was even brought up in Parliament by Mrs Miller, who called for a review into the sanctions available in to illegal tree felling.