Anger at plans to chop down 32 trees along Hull footpath 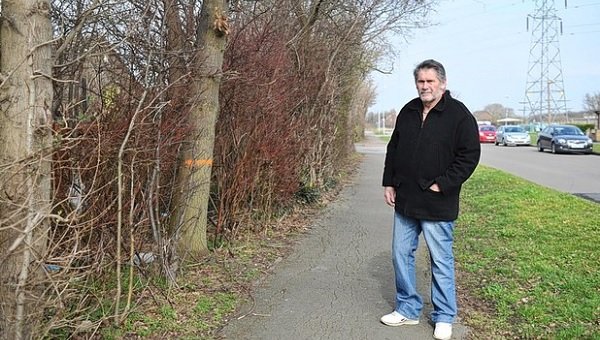 Protesters are angry at council proposals to cut down 32 trees that line a popular footpath.

Residents in Grandale, Sutton Park, have said the trees are an asset to the area and are angry at the little notice they have to protest against the proposals.

Gary White, who lives on the road, said he was “gutted” the trees were being cut down.

“About two weeks ago, we looked out our window and saw some markings on the trees,” Mr White, 62, said.

“Nobody knew anything about it. I finally got through to the tree section of the council and they have proposed to cut those trees down.

“We have found it quite hard to believe they are actually going to cut them down because of what one officer says.

“I am rather annoyed and upset they are proposing to do this.

“This area is known locally as the Meadows and they are ruining it.”

Mr White said neither himself or his neighbours opposed to the changes were invited to a local meeting to discuss the measures.

He said the aesthetics of the area would decrease dramatically if the trees were brought down.

“People around here are not happy at all,” he said.

“The trees are on a path that give shade and look nice.

“They are there to give people green and pleasant views.

“I heard one of the trees has caused some damage to a garage and I understand that tree has to be cut down, but there is nothing wrong with the rest of them.

“They are lovely trees and I cannot believe they are cutting more than 30 of them down.”

Mr White said he hoped the council would be able to come to a compromise.

“I really am disappointed. It will look awful if they go through with it,” he said.

“It is a lovely part of the estate and it is beautiful in the summer months, but now they are proposing to decimate it.

“I do not think they should be getting rid of so many. To me, it is just vandalism of the trees.”

A Council spokesman said several residents had requested the trees be cut.

“In cases where branches overhang private garden boundaries or where structural damage could be caused, it is often necessary to carry out maintenance,” the spokesman said.

“Actively managing such areas in this way is important and ensures local residents who live close to them continue to value them as beneficial rather than seeing them as a nuisance.”