Ancient trees ‘could be removed’ at Wandlebury 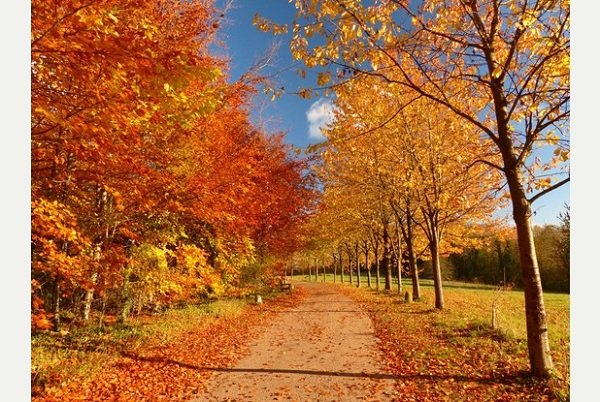 It is Cambridge’s original country park – a tranquil haven of tree-lined walks, woodland and wildlife habitats. But according to angry nature lovers in the city, proposals to downgrade the jobs of its rangers – and a suggestion that some of its ancient trees should be removed – are posing a massive threat to the future of Wandlebury.

The origins of the park, run by the charity Cambridge Past Present & Future (PPF), can be traced back to the fifth century, and its circular Iron Age hill fort, also known as the Ring, is a scheduled ancient monument. The PPF website says it is recognised as “one of the best green spaces to visit in the country.”

But plans by Cambridge PPF to change the way it is run have triggered a furious outcry.

Julia Napier, secretary of the Friends of the Roman Road and Fleam Dyke, two other historic sites near the city, claims the head ranger and his assistant rangers “have been told their jobs are no longer secure and there will be jobs of lower status such as litter picking and emptying the dog bins, which they will be able to apply for.”

She said: “The old nature reserve at Wandlebury and the new one at Coton, owned by Cambridge PPF, are now to be managed by contractors, supervised by Philip Robson, the new head of planning and pevelopment, and other ‘outside experts’.

“Futhermore, English Heritage has asked for the Ring to be cleared of trees, and it is likely that this will happen, after advice from ‘a landscape planner.'”

Stephen Tomkins, formerly a lecturer in biological education at Cambridge University, said: “Only hands-on naturalists, who live and work on a wildlife site and are totally familiar with it, can tell a contractor what to do, and act as legitimate interpreters of that environment to children and the public.”

Chris Vine, of Cambridgeshire Bat Group, said: “The trees and bushes round the Ring are the best winter hibernating site for bats in Cambridgeshire.”

Ms Napier said: “Members pay their subscriptions in order to maintain and protect a place loved by thousands of people in Cambridge as an oasis of tranquility, but the new management want to double the number of visitors. Will trees have to go for an expanded car park?”

Cambridge PPF chairman Robin Pellew confirmed it was “considering the creation of a new staff structure to manage visitor, estate maintenance and conservation services at the sites that we own in and around Cambridge.”

He said the aim was “to make us more responsive to the needs of our visitors – and increase the number of staff available across all of our sites at peak times.” He added: “We…would like to reassure everyone that we are committed to supporting our employees throughout this process. We would also like to reiterate our dedication to safeguarding the green spaces and historic buildings in our care.”