An interview with Kevin Hayes, tree officer at the London Borough of Newham 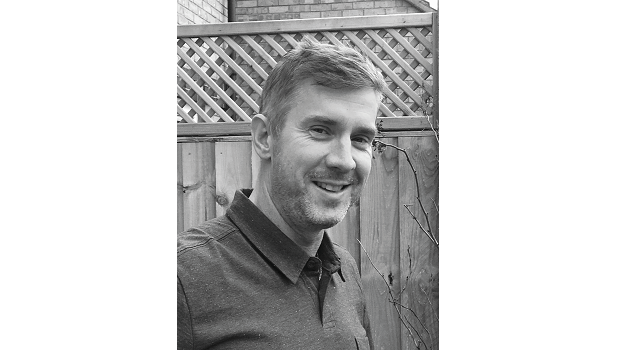 Kevin Hayes, tree officer at the London Borough of Newham, tells us about what his job involves, the evolving roles of tree officers, and the effects of funding cuts on local authority arboriculture

How did you get into arboriculture?

Before I worked in arboriculture, I had jobs in a number of industries, but primarily in printing. After working in a fume-filled building with one window, I decided I needed to work outside, and hopefully in changeable locations. A job came up in a local paper as a groundsman for a small-time tree surgeon, and it all started from there.

Why did you choose to work for the council?

I began at college, while doing my National Diploma in arb, and chose to do work experience at a local authority, doing tree surveys. I had to learn a lot of different amenity trees, as up until then I’d mostly been working on native trees. I’ve been working for local authorities on and off ever since – I think this is my third or fourth.

Can you explain your role as a tree officer?

As the only remaining tree officer in the borough, I am responsible for all of the day-to-day inspections, carrying out school surveys with regards to risk, and service level agreements. I also manage and inspect all of the housing trees, in both communal and individual gardens. I manage the woodland and shelter areas, manage the programmed works for housing, highways and parks, inspect the parks and play equipment, work out budgets and chase up contractors. I also answer enquiries from the public, councillors, the mayor, the business support team and the landscape architect, as well as dealing with planning or TPO applications, housing enquiries, insurance and legal enquiries regarding tree damage.

What does Newham Council do in terms of tree work?

Over the years, my colleagues and I have managed to get most of the larger, more problematic trees onto a regime of cyclic management. We go for the ‘little and often’ approach, if possible. Due to increased planning for new development sites, we have issues when it comes to keeping what we have in their current locations. Planning generally trumps trees, so I do what I can.

How does it compare to other work?

It’s more of a lifestyle than anything. Working for the government means that you have to be tactful at all times – on and off the clock.

The work once, you get the hang of it and can deal with the amount of it, is fairly straightforward. It’s time management that’s the issue. Sometimes if feels as though everyone wants you, the next moment it’s quiet. It seems to come in waves, and you have to be the beachhead. There’s always something to do, and it can be fairly varied – you have to wear a lot of ‘hats’.

Has the role of tree officers changed in recent years?

I would say the job in itself is fairly similar. The issue now seems to be the ease in which you can be reached. There are still the same complaints regarding light blockage, TV reception, etc., but there are far more enquiries to deal with, so time management and prioritising is the key approach.

How do you feel the controversial work at Sheffield has impacted the role of councils when it comes to trees?

That’s in interesting question. Councils all seem to be going in different directions when it comes to how they manage their trees. The Sheffield incident could have happened to any of us, in reality, but it does seem that some councils are looking to cut costs in the short term without looking at the bigger picture of what outsourcing actually costs. I think the Sheffield situation is a good example of a worst case scenario – as some councils change their business models in attempts to be more self-sustaining, they are finding out that things that look good on paper often work differently in a real-world scenario.

What challenges do you face?

All of them. Local authorities have all had funding cuts, which means they can no longer deal with things in broad strokes, and this leads to time management issues and stress. Restructuring can also lead to gaps in local knowledge and history. Once you get into a rhythm, it’s difficult but not impossible. Newham is doing remarkably well with what it has.

Do you feel councils are beginning to realise the benefits of trees?

Definitely. We try to plant and retain as many trees as we can, we use renewable highway schemes to plant the biggest but most low-maintenance trees we can.

Everyone loves trees – just not the one outside their house! They want it removed, we want to retain it, and everyone else is somewhere in between. Sometimes you win, sometimes you don’t – it’s a learning curve. At least I have more windows now.