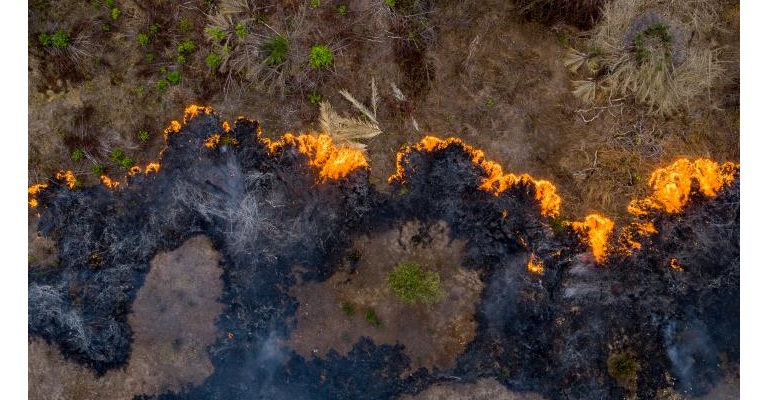 Almost 73,000 fires have been recorded in the Amazon rainforest already this year – 85% more fires than were seen in the whole of 2018, according to the WWF. Land is cleared and prepared for agriculture through fires, but not normally at this intensity. The current dry season also contributes to the rapid spread of these fires.

The Amazon is the world’s largest rainforest and a key ally in fighting the climate crisis. The trees in the Amazon contain up to 140 billion tonnes of carbon.

Despite covering only 1% of the planet’s surface, the Amazon is home to 10% of all the wildlife species we know about, and there are probably many more yet to be discovered.

At yesterday’s G7 Summit it was announced that they would pledge €20m (£16m) to help fight the fires in the Amazon. However, since then it has been reported that Brazil will reject this offer of help. According to the BBC President Jair Bolsonaro has accused France of treating Brazil like a colony.

His defence minister said the fires in the Amazon were not out of control.

Commenting on the G7 offer of aid, Mr Bolsonaro’s chief of staff, Onyx Lorenzoni, told the Globo news website: “Thanks, but maybe those resources are more relevant to reforest Europe.”

As the fires continue the WWF have offered 5 ways in which we can all help the Amazon Rainforest: