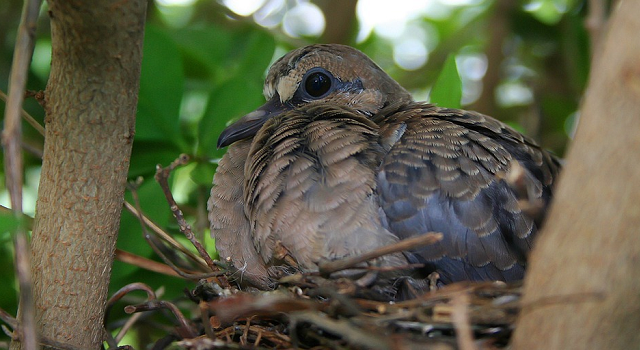 An ongoing housing project, which has already sparked controversy due to its destruction of green space and ancient woodland, has created further tension due to the alleged felling of trees during bird nesting season.

According to the Wildlife and Countryside Act of 1981, it is an offence to take, damage, or destroy a nest which is in use or being built. Residents of Allington are claiming that the complex, which is being built off Hermitage Lane, are doing just that.

Ann Bates. chairman of NAAG, said: “Since permission for this development was granted we have been monitoring all aspects of the work, and we have found many failings on the part of Croudace, the most challenging of which has been the destruction of parts of the ancient woodlands, and the destruction of trees and habitat to the rear of houses in Howard Drive.

“This destruction has occurred against the advice of EU directives and wildlife protection acts, since it is being done during the nesting season. Croudace have had six months in which to do this work but have decided to do it now.”

A spokesperson for the council confirmed however that officers had found the developer was not breaking any rules, commenting: “A member of the planning enforcement team visited the site in Hermitage Lane on Friday, April 6. As a result, the council is satisfied that any felling work to the rear of Howard Drive is being carried out in accordance with the planning permission. Croudace Homes is aware of concerns some residents have regarding nesting birds and, the council believes, are taking all necessary precautions to respect the environment and work within the legislation regarding the non-disturbance of active nests.”

A Croudace spokesman said: “The tree works are being carried out pursuant to our planning consent. In advance of the commencement of the works, we commissioned a qualified ecologist to undertake a survey of the area, which confirmed no bird nests would be affected.”