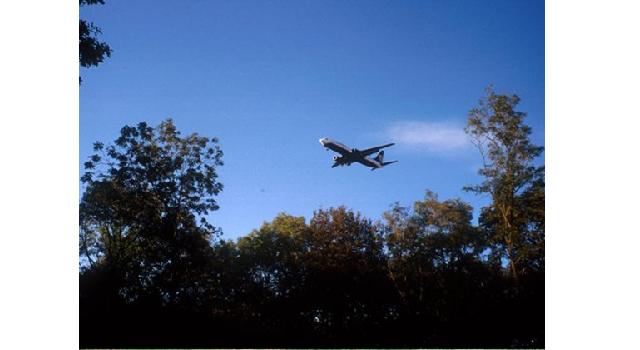 This morning, the Airports Commission published its consultation into airport expansion proposals shortlisted last year: two at Heathrow Airport and one at Gatwick Airport.

The Woodland Trust’s main concern with current policy and thinking around airport expansion is the impact the land-take would have on irreplaceable ancient woodland, ancient trees and vital wildlife corridors.

Three ancient woods covering 7.7ha (19 acres) are at risk at Gatwick, as well as the last remaining wildlife corridor around the whole of the south side of the airport. At Heathrow, ancient trees such as the 1,000 year old Harlington Yew, would be destroyed. Ancient trees often stand outside woodland but are vital for landscape connectivity and support a variety of species that can not live anywhere else.

Austin Brady, Woodland Trust Conservation Director, said:
“Much has been made of the financial cost of airport expansion but almost nothing has been said about the cost to the natural environment, which in all cases put forward in this consultation would be significant and permanent.

“This is yet another example of where irreplaceable ancient woodland and ancient trees could be destroyed in the name of national infrastructure, the ‘need’ for which is not clearly being weighed against the loss of such irreplaceable habitats in this approach.

“In order to cope with threats such as tree disease, climate change (2) and the secondary effects (3) of development, we must ensure our landscape is resilient by protecting the irreplaceable, joining up existing habitats, and creating new habitats but current political thinking just does not seem to understand or take this into account.”

The Woodland Trust will push hard through active campaigning and lobbying work as part of this consultation to ensure any expansion proposals – including the additional roads or infrastructure that would inevitably accompany them – give full and appropriate consideration to the natural environment, especially in the case of irreplaceable habitats such as ancient woodland.

Over the last decade the Woodland Trust has contested the cases of more than 1,000 woods under threat of development. There are currently more than 400 ancient woods threatened across the UK.