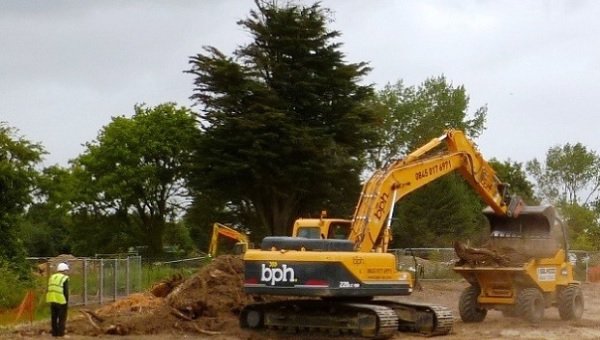 Wildlife campaigners have called for action after protected trees in Felpham were allegedly chopped down.

Simon Wild, from the wildlife group, claimed:  “An ecological catastrophe has taken place on what  was once an historical  tree-lined trackway originally known as North Road.”

This was a rich habitat of ancient, ivy-clad trees and hedges and as well as the trees covered by preservation orders allegedly being felled, the work was carried out last month at the height of  the nesting season, he claimed.

“Over the last few years, we have sent out dozens of letters relating to all planning applications locally that might affect wildlife where we stipulate that clearing work permission must only take place outside of the nesting season to be lawful,” he said.

This would have made it clear to the developer – as would any report from a professional ecologist funded by the company for its planning application – about any bats and protected birds on the site.

Mr Wild said the group had complained to Arun District Council about the situation.

Emma Lawrence, the council’s planning compliance and monitoring investigating officer, told Mr Wild she and the council’s tree expert had visited the site.

She has written to the developer and its contractor to find out what had gone  on.

“Once I receive the replies, I will consult with Arun’s legal department, with a view of possibly taking further action against the persons responsible,” she stated.