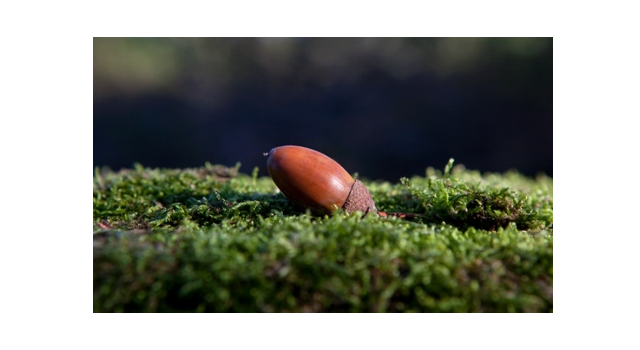 To the distress of squirrels, boar, mice, pigs, jays, deer and even some young children, 2014 is turning out to be one of the worst years on record for acorns. After a record crop last year when trees were so laden that their branches bowed under the weight of nuts, oaks have next to none now, say the Forestry Commission, the National Trust and the Woodland Trust.

The commission has appealed on social media for people to let them know if they have seen stands of English oaks (Quercus robur) with lots of acorns.

“We think there are almost no acorns this year at all. It’s not unusual because the oak works by producing huge volumes of acorns every few years so there are always some left over for seeding after animals have eaten some. Last year was one of these “mast” years”, and we think that is why there are so few now,” said John Weir, the commission’s adviser for woodland resilience.

“It’s a natural phenomenon after having a ‘mast year’ with such abundance last year. You just don t get two good acorn years on the trot. There are hardly any acorns about now. It’s also because there was poor weather at the end of April which is crucial for the flowering of oak trees,” said Matthew Oates of the National Trust.

Acorns may be scarce but most other trees are seeding profusely after a long hot summer and autumn, says the Woodland Trust.

“Beech, field maple, hawthorn, hazel, horse chestnut, ivy and sycamore and blackthorn have all done well. 2012 was the worst year for tree fruiting in 12 years, last year was the best in 12 years and it’s looking like this year may well be the best again. The only two species that aren’t doing so well this year are oak and ash,” said Kate Lewthwaite, a phenology expert at the Woodland Trust.

“It’s not really known why mast years occur, it’s thought that boom and bust cycles of acorn production do have an evolutionary benefit for oak trees. The idea goes like this: in a ‘mast’ year, predators like squirrels and deer can’t eat all the acorns, so they leave some nuts for growing into future oak trees. Years of lean acorn production keep predator populations low, so there are fewer animals to eat all the seeds in a mast year. Ultimately, a higher proportion of nuts overall escape the jaws of hungry animals,” she said.

The Forestry Commission today urged foresters and woodland owners to reduce the risk of trees dying because of new diseases and the changing temperatures being seen with climate change. “The resilience of woodlands in England relies on tree species’ selection being based on the predicted future climatic conditions rather than current,” said Weir.

“We are urging people to plant the right trees for the right sites, otherwise they may be mal-adapted to present and future conditions. So we are advising people to buy trees that have been grown in the UK but which may have been seeded several hundred miles further south than where they will be planted. People in the north should buy trees seeded in southern England and those in southern England perhaps from France,” he said.

“There will be a shortage of acorns this year, so we are asking woodland owners to plan ahead and to plant more species so as not to rely on just a few,” he said.

According to Weir, five conifer species account for 88% of all England’s softwood forests and five broadleaf species make up over 72% of its hardwood woodlands.