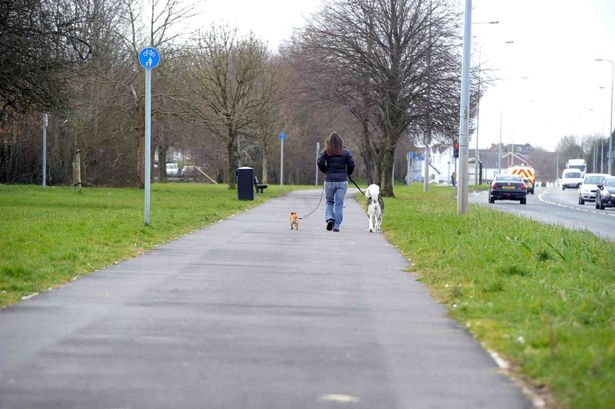 A project to plant hundreds of trees along one of the gateways to Barry in memory of soldiers from the town who made the ultimate sacrifice in World War I is nearly complete.

The Woodland Trust donated 420 native Welsh trees to the group and residents and others have provided the rest.

The final 270 trees will be planted soon.

“We wanted to commemorate Barry’s sacrifice by planting the 700 trees, each tree representing a Barrian that never returned.

“Residents have fully supported the idea as it will help filter out the noise and pollution of the increasing traffic along this road.

“This tree line of native Welsh saplings will also help give a home to our native wildlife.”

Meanwhile, the group will hold a litter park at a new park nearby on Sunday, following its annual general meeting.

Councillor Curtis, who is also the Vale council’s cabinet member for the environment, said: “While the park was created by Persimmon house builders, the group has been busy creating the living memorial to the service men and women who never returned from the World War One.

“Our aim is to protect the biodiversity and history of the newly created Merthyr Dyfan Lane/Whitewell Road open space by planting trees and shrubs, erecting nest boxes, litter picking, encouraging wild flowers and educating local residents of both the history of the St Teilo and St Dyfan ancient church and the biodiversity that can be attracted to the park.

“This area of the old White Farm was set aside as mitigation to protect the remaining biodiversity due to the new housing being built on the rest of White Farm.

“It was created to allow native wildlife to have a home. In years to come this will benefit both biodiversity and local residents.

“We now need local people to come forward as volunteers to help build and protect this wonderful facility. Everyone is welcome to attend the annual general meeting, but please bring suitable footwear for the litter pick after the meeting.”