Woodlands worth £270bn to UK economy 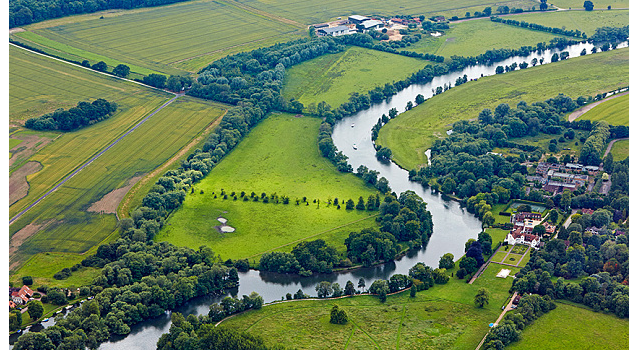 Woodlands are worth £270 billion to the UK economy, according to a Europe Economics report for the Woodland Trust.

The value of woodland in flood management in the upper Thames alone is worth between £350 and £500 per hectare annually, according to the report. It also estimates the value of trees in improving air quality could be as much as £240 per hectare a year in related health benefits.

Report co-author Dr Andrew Lilico, of Europe Economics, said: “It’s a big figure. But the question we are grappling with is, ‘How do you unlock that value?’”

Beccy Speight, chief executive of the Woodland Trust, said: “It is very important that we are involved in the thinking behind this kind of economics.

“Lots of people will say that nature is all about intrinsic value, and will question whether we should get involved in trying to place a financial value on what it provides. But we need to be a part of the conversation which is trying to make difficult choices.”

Dr Lilico and Ms Speight were speaking at a one-day conference at the University of Birmingham on funding for woodlands and trees, chaired by business journalist and broadcaster Adam Shaw.

The key theme of the conference was the need to find new funding models. Traditionally, funding for woodland conservation has come from grants, corporate partnerships and individual donors.

At the heart of the debate is the importance of natural capital – the world’s stock of natural resources that creates a long-term supply of goods or services.

The concept of natural capital enables economists to value so-called ecosystem services such as flood prevention and air quality.

Ms Speight said it was vital that the Woodland Trust took the concept of natural capital and “made it real”. Prof Rob McKenzie, of the Birmingham Institute of Forest Research, said that his organisation recently received a donation of £15 million to create a state-of-the-art research facility in Staffordshire for studying the effects of increased carbon dioxide on trees.

He added: “This is the kind of donation that comes along once in a lifetime so it is vital that we do something for the future.”

Prof David Maddison, chairman of the economics advisory panel for the Department for Environment, Food & Rural affairs (Defra), said there were three potential funding solutions that could help highlight the economic value of woodland: first, for the Government to provide subsidies for trees and woodland; second, to create regulations that stop woodland sites being developed on; and third, to find ways of excluding people from their benefits if they refuse to pay.

He described the challenge facing woodland as “excludability” – people who do not want to pay cannot be forced to pay. He said: “If you don’t pay your electricity bill you will be cut off – which provides a powerful motivator. There is nothing like that for woodland ecosystem services.”

There were repeated calls to locate new woodland in and around cities and not just the countryside. About 80 per cent of the British population lives in urban areas, yet many people view woodland issues as being about rural areas.

Bringing more trees into cities would, it was argued, improve health, add value as green, leafy areas are more desirable to live in, and make businesses there more appealing for employees. While there were significant funding challenges, Ms Speight concluded that she felt optimistic about the future.

She said: “I feel positive because the context is changing so fast. This kind of natural capital thinking gives us the language by which we can make better policy choices. It needs to be driven by people.”

Read about the European Economics Seminar in a blog by James Cooper, head of government affairs at the Woodland Trust »