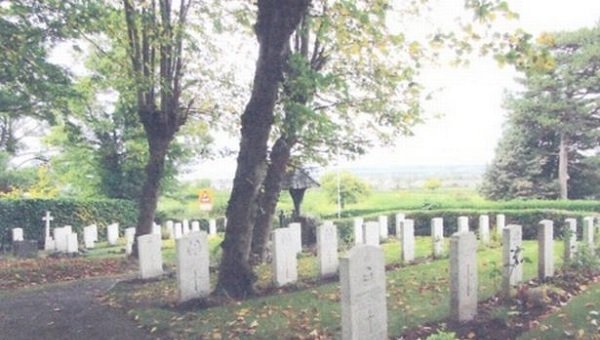 Residents have hit out against plans to chop down more than 50 trees in a Hawarden graveyard that are more than a century old.

Flintshire County Council has given church leaders permission to bring down 54 lime trees at St Deiniol’s Church in Church Lane.

Just days ago the Daily Post reported how an investigation has now been launched after a 300-year-old oak tree close to a new housing complex was felled during excavation work at Meliden near Prestatyn.

In the latest development officials at St Deiniol’s say the trees must go because they are a “serious safety hazard” and the cost of maintaining them is a “ridiculous waste of church money”.

But villagers say they want the trees to stay, insisting they are of historical importance.

One resident, who wished to remain anonymous, said: “They are all being chopped down and it’s very sad, but it looks as though there is nothing we can do to stop it.

“They were planted by Gladstone and they are good for the environment and nature and are historical.

“There are even signs up at the church that say how important the trees are – they have been part of village life for a long time.”

She added: “I could tie myself to a tree but I don’t think it would help. Two have already been cut down.”

The trees were planted in 1912 by William Glynne Charles Gladstone – grandson of one of Queen Victoria’s prime ministers, William Ewart Gladstone.

Officials, including patron of the church, Sir William Gladstone, great-grandson of the former prime minister, say graves next to the trees have been “severely” damaged by tree roots. Sir William also argues someone could be seriously injured if branches fall.

In documents submitted to the council, Sir William said: “Along the footpath 11 large branches have fallen off during the last three years, a serious safety hazard.”

In recent years upper branches have been removed but Sir William said it would “only make the situation worse” and the cost of £7,000 was a “ridiculous” waste of money.

A spokeswoman for the Diocese of St Asaph said: “St Deiniol’s Church in Hawarden has all the necessary approvals to fell 54 lime trees which line the main centre pathway in the North Cemetery which is off Cross Tree Lane.

“Felling is required on the basis of public safety to prevent any risk to members of the public from falling branches or the uprooting of entire trees.

“We apologise for any inconvenience caused in the cemetery as a result of carrying out this work safely.”