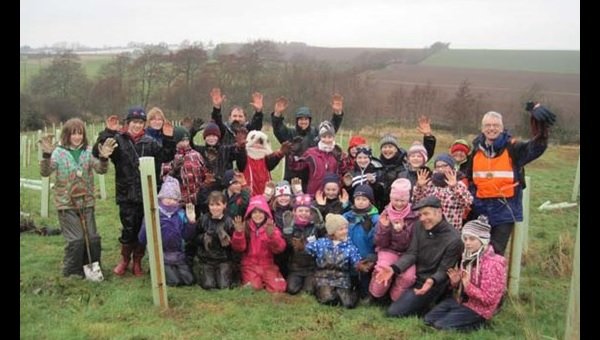 The Woodland Trust Scotland is one of 40 charities that will receive an extra £50,000 from players of People’s Postcode Lottery this year.

Including this award, They have received an amazing £616,552 from players towards their work since 2010.

This invaluable support allows The Woodland Trust to continue their work towards a Scotland rich in native woods and trees, enjoyed and valued by everyone.

So far in 2014, thanks to this on-going support, thousands of school children and community groups have planted more than 30,000 trees for people and wildlife. This includes community tree planting activities at Lang Craigs near Dumbarton.

Players’ support will also help find the nation’s best loved tree in the Scottish Tree of the Year competition.

Support from players has made a huge difference to hundreds of communities all over the world. Many grass roots groups and local projects as well as national and international charities have received funding.

Just last month it was announced that players have awarded over £40 million to charities and good causes and in January, People’s Postcode Lottery and their sister lotteries in the Netherlands and Sweden were recognised as the second largest charitable private donor in the world.

This news was announced by British business-focused newspaper City AM. In total over £4.9 billion has been awarded to good causes across the globe.