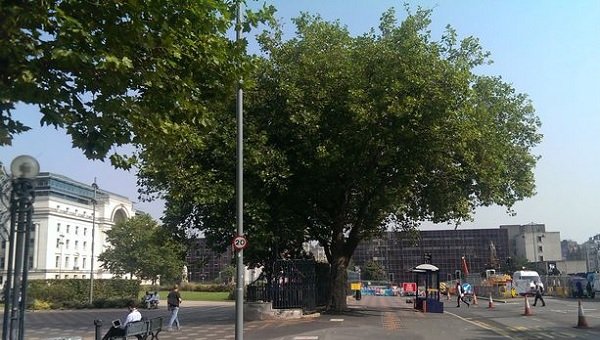 More than 500 people have signed a petition calling for the city centre’s oldest tree to be saved from the axe.

They sprang into action after the Birmingham Mail revealed that the 140-year-old London Plane on Centenary Square is due to be chopped down when work starts on the Midlands Metro tram extension.

It is the last of 99 planted on Broad Street in 1876 and has survived through a series of major developments in the 20th Century, including the creation of Centenary Square.

So now campaigners, including the Birmingham Trees for Life group and Birmingham Civic Society are demanding that it be spared – especially as trams have ran along Broad Street until 50 years ago without disturbing it.

The petition is calling for the city council to put a Tree Preservation Order to protect it from bulldozers and asking Transport for the West Midlands leave it in place.

Coun Fiona Williams (Lab, Hodge Hill), who is battling to save the tree, is also calling for more to be done to make a feature of it.

She said: “We should think of doing something with the tree given the historical significance of it.”