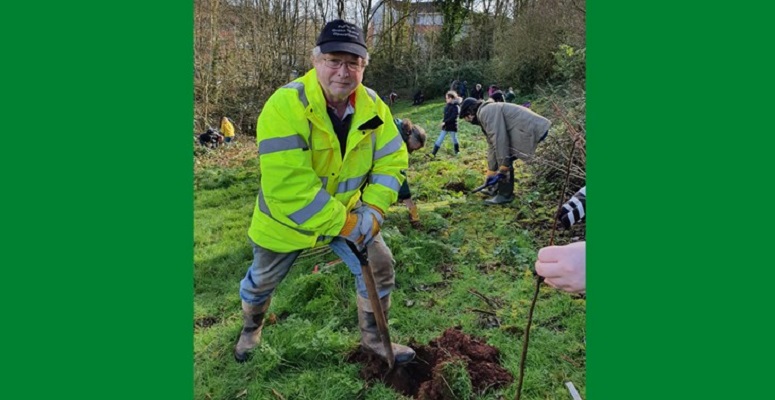 People have been helping green up Exeter over the half-term holidays, planting trees in one of the city’s valley parks.

A total of 450 trees were planted in Ludwell Valley Park by volunteers as part of the ‘Saving Devon’s Treescapes’ initiative.

The project, which is backed by Devon Wildlife Trust, who managed Exeter City Council’s six valley parks, aims to stimulate action by replacing trees lost to ash dieback disease, outside woodlands, both in the countryside and in towns and cities.

By engaging with local communities, schools and volunteer groups, the project aims to establish at least 250,000 new trees in Devon.

In the last ten years the City Council has planted more than 10,000 trees in Exeter. Many of the trees were planted across the city as part of our Urban Woodland project but others have been introduced into parks and open spaces over the years.