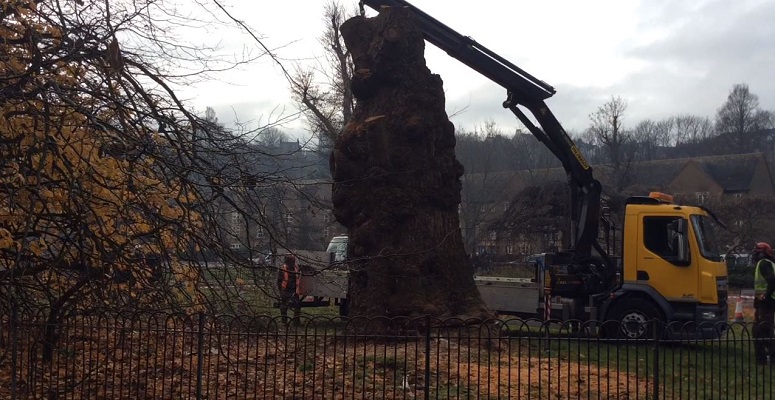 One of the oldest elm trees in the world has been felled after it was found to be infected with elm disease.

The tree, one of the famous Preston Park Twins, was felled last week by specialist contractors working with the council’s arboriculture team.

Despite efforts by the council’s arboriculturists to manage the spread, the disease had reached the roots of the Preston twin making felling inevitable.

Standing over 100 feet tall, and 23 feet wide, the Preston elms were believed to have been planted 400 years ago.

The felling should prevent the disease from spreading to its twin.

The tree will have its bark removed and the timber stored. The hope is to use it for an art project.

The Elm still remains the dominant tree throughout the city, with an estimated growing population of over 17,000 trees.

Every summer the council’s arboriculture team wages a battle across the city against the tiny beetle which carries the deadly elm tree killing fungus known as Elm Disease or Dutch Elm Disease.

Losses of trees to the disease have been manageable over the years thanks to a council-led control campaign. However, this year, the city has seen several of its most significant and stunning elms fall victim to elm disease.

One of the most likely ways for a tree to become infected by Elm Disease is via beetles breeding on elm logs stored in the area.

These logs may have been brought in from other parts of Sussex where there has been a massive rise in trees becoming infected and subsequent logs becoming available.

In recent years, there has also been a rapid increase in the number of wood burning stoves being sold in the area, increasing the risk of contaminated wood coming into the city.