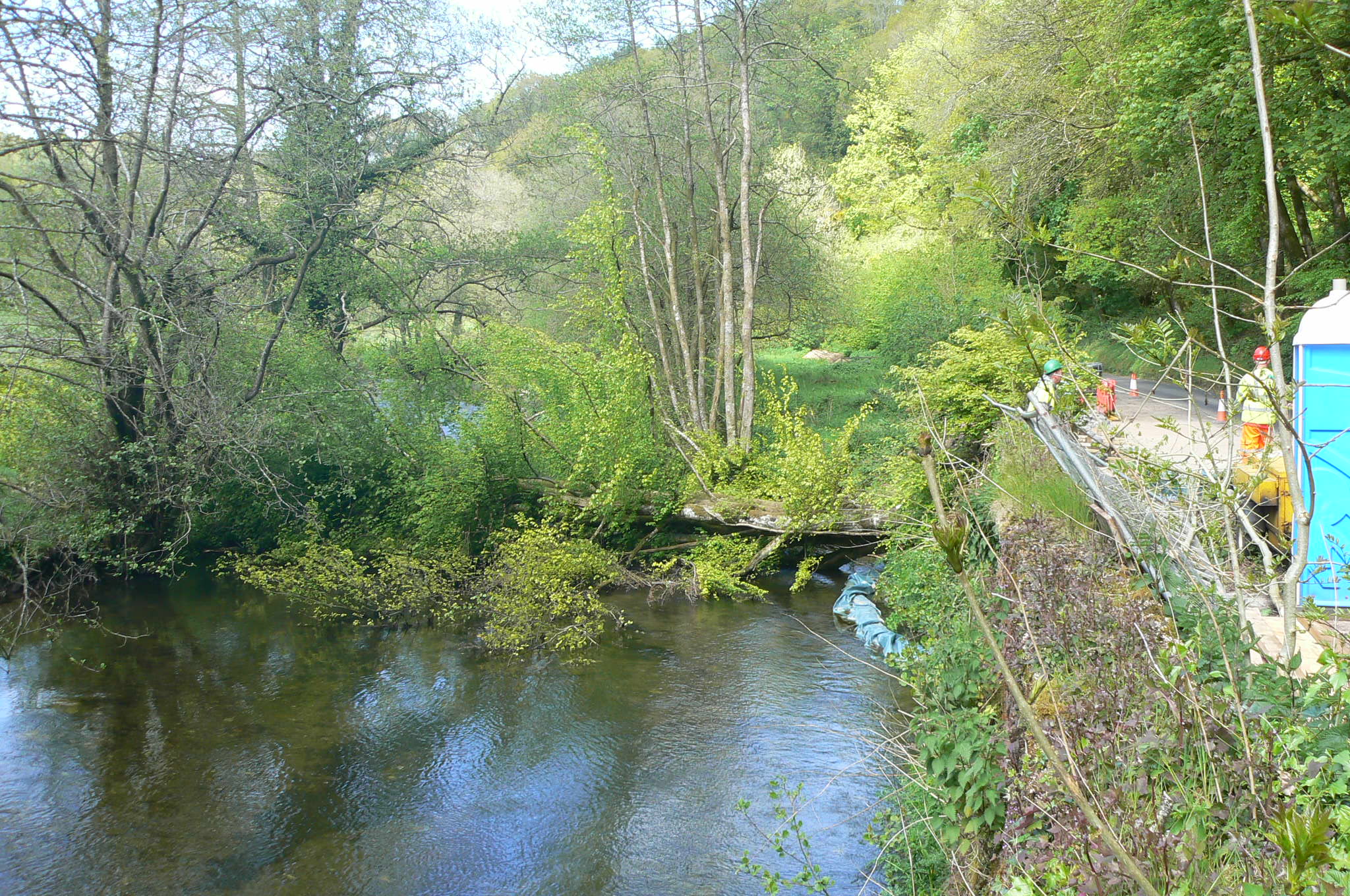 A massive tree which wrenched out a section of road verge and severely damaged the end of a large highway wall was removed from the River Exe on Thursday morning.

The 80ft tree, which toppled over near the A396 at Kent’s Wood, south of Bridgetown, during severe storms in March was blocking the river.

A 40-tonne crane was used by Somerset County Council’s highways team to remove the tree, after concerns were raised over flooding. The work required emergency strengthening of the road edge so the 40-tonne crane could be brought in to lift sections out cleanly and at long range.

Cllr David Fothergill, Somerset County Council’s cabinet member for Highways, said: “The gaping hole left by the tree had put the road at risk and we were keen to recover the tree from blocking the river.

“We were already improving the A396 at two sites at Cutcombe Hill and Oaktrow Wood and I’m pleased we were able to extend this scheme to make these repairs with minimal design or mobilisation cost.

“I’m particularly pleased that with some imaginative engineering we were able to carry out this challenging work without closing the road.

“We did need to hold the traffic at times while the crane was in action and my thanks to the travelling public for their patience.

“I would also like to thank our colleagues at the Environment Agency who provided very swift approval for the emergency riverside work.”

Overhanging trees will be trimmed back and drainage improved. It is hoped all the work will be fully completed by the end of June. Somerset County Council’s Highway service manager David Peake and Peter Radford of contractor Crestmoor have been invited to give a presentation on the A396 schemes at a public meeting at Moorland Hall, Wheddon Cross, later this month.