250 rotting trees could be removed from Tredegar House 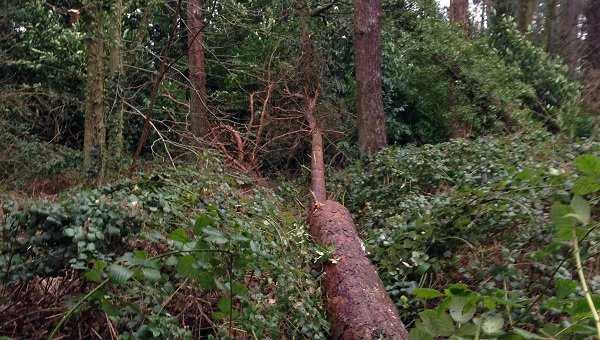 The removal of around 250 unsafe trees at Tredegar House parklands in South Wales could be completed in March.

The rotting trees proposed for removal are likely to fall or be damaged in high winds close to the current perimeter fence.

It is planned to selectively fell about 40 per cent of the 625 trees in the area, and thin out the density of those trees remaining.

These are non-native conifer trees in the sheltered side of the park next to the Office for National Statistics, Intellectual Property Office and the Infineon semi-conductor plant.

Following consultation, the National Trust are confident the work could start on March 1 and be completed within three to four weeks.

Reputable contractors Euro forest and Baden Powell, who have worked with the National Trust on previous projects, have been appointed.

Initially, the operation had been planned last autumn, but the bad weather and the time needed for surveys delayed it.

National Trust head gardener at Tredegar House, Steve Morgan, said: “Our plan is about restoring the area to a more fitting historic planting scheme showing off the important specimen trees at Tredegar and providing replanting for the future.

“We’ve felt for some time that we’ve had the wrong wood in the wrong place.

“We now have to tackle the removal of falling trees and safety issues that they pose, so we want to implement change that will bring greater biodiversity to the woodland in the future and bring greater long-term benefit to the people who enjoy these woodlands at Tredegar House.

“Our plans will mean improved public access and potentially new paths, play areas and walking trails. Most importantly these planned changes will make it safe for our neighbours and nearby businesses.”

“In fact, these trees have seriously declined in health in the recent past and that is what has led to the current problems.

“So, we’re ushering in a new era guided by National Trust core principles to look after our natural environment – as we do our buildings – forever, for everyone to enjoy.”

Existing trees will screen the area while work is carried out and in the aftermath. There will also be some extra traffic in the area as a result if the foresting machinery.

Public views will be sought about the plans at Tredegar House on January 12 from 4pm to 7pm.