The £20m plus bill to prevent diseased trees falling on roads 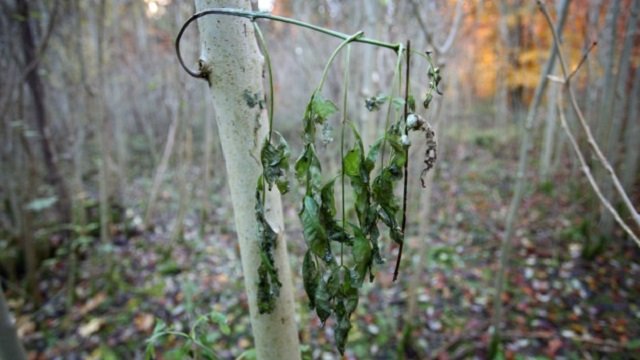 Chopping down dangerous diseased trees in Norfolk and Suffolk to prevent them from falling on roads, on school grounds and near libraries could mean cash-strapped councils are forced to shoulder a bill of more than £20m, it is revealed today.

There are stark warnings that the impact of ash dieback disease will change the county’s landscape forever, with millions of trees likely to be lost over the next decade.

Council officers warn dead ashes and those that are dying can fall or shed branches, posing “a substantial and often unpredictable threat to human safety and property”.

A three year project is assessing the condition of ash trees next to Norfolk’s 6,000 miles of roads and footpaths.

Almost 450 miles has been surveyed so far, with 15,000 ash trees recorded, of which two thirds were diseased.

Work elsewhere, in counties such as Kent and Suffolk, suggests it would cost £7m to £16m to fell infected non-woodland ash trees.

He said: “The enormity of this situation is appalling. It’s going to be like Dutch elm disease and we are going to lose millions of trees in Norfolk. It really is a tragedy. It’s going to change our landscape.”

The council is planning to talk to landowners and tenants, whose trees could affect the authority’s property, to get them to pay for them to be felled and could charge landowners if the council has to undertake work on their behalf.

A summit with organisations such as the National Farmers Union is planned, while the council intends to lobby the government for extra cash.

And Nick Atkinson, Woodland Trust conservation adviser, said: “It’s conceivable that millions of ash in Norfolk will be killed, which is why we need to continue to map their location and possible impact of loss.

“Urgent action is needed to identify resistant ash and to plant more trees of other native species to replace those which do die.”