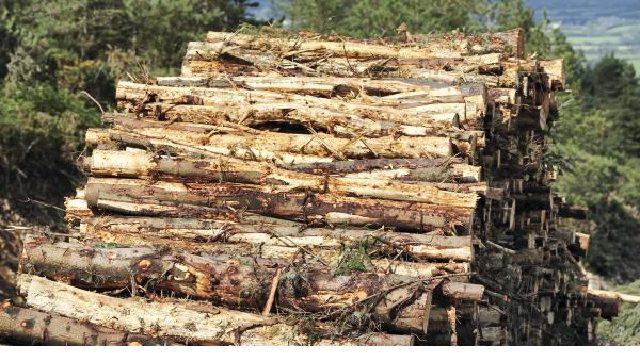 Forestry is to receive €110 million and € 7.2 million has been awarded to the Commercial Horticulture sector.

Minister of State at the Department of Agriculture, Tom Hayes, welcomed the funding for the forestry programme, which encompasses the provision of grants for the establishment of a new forestry (afforestation) programme and forest road scheme. This level of funding will allow for an afforestation programme of 7,000 hectares in 2015 and some 120 kilometres of forest roads.

Hayes stated “the provision of Government funding has been a major factor in the development of forestry over the last number of decades and I am pleased that the Government has been able to commit €110m towards its continued development.

Commercial Horticulture Sector: € 7.2 Million A provision of some €4.2 million has been provided to fund capital investments in the Horticulture sector, as well as €3 million funding towards the Food and Horticulture Promotion Fund.

A provision of € 81.5 million for food safety, animal and plant health, including € 35 million for TB and Bruscellosis eradication.

The new Organic Farming Scheme will also be launched in 2015, with significantly increased rates of aid and total funding of €6 million. The changes aim to target support towards those operators who intend producing products which are currently in deficit and achieve progress in respect of the government target of increasing the utilisable agricultural area under organic production to 5%.

Minister of Sate Tom Hayes also welcomed the commitment of € 74 million to the beef sector by his colleague the Minister for Agriculture Simon Coveney T.D. “I am happy to see that the Government has again committed funding to this important sector of the economy”.