200-year-old oak trees to be chopped down 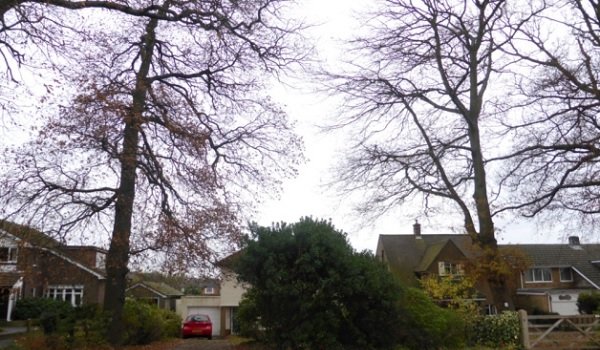 They have been part of the streetscene for nearly two centuries but three trees are being axed after their roots caused thousands of pounds of damage to a nearby house.

Fareham Borough Council has ordered that the oaks, in Park Lane, Fareham, will be felled after the authority faced a bill of £222,000 to keep them.

The trees’ roots have caused extensive damage to a house and officers deemed the only way to keep the oaks would be to pay for work costing £222,000.

Brett Champion, speaking on behalf of the homeowner, said: ‘It would be very sad to see the trees go permanently but it is very clear cut what needs to be done.’

He said that if the council chose to save the trees, the homeowner, who has had to move out due to the damage, would face another six months without his property.

He also said that insurers would have a legal right to seek damages and the cost of repair from the council in a claim for subsidence.

But councillors on Fareham’s planning committee gave permission for the trees to be felled after hearing from the council’s tree specialist Paul Johnston. Mr Johnston said the trees were between 180 and 200 years old.

He said two of them were only 16m away from the house and the largest one, which is 80m high, was 22m away.

Work began to investigate the trees when damage was first recorded in 1993.

Underpinning took place in 1996 but in 2011 further damage was reported.

She said: ‘These trees make a significant contribution to the community in Park Lane due to their size and prominence.’

She requested that after the removal of the trees, another three trees of a significant size are replanted, which the committee agreed to.

On the committee, David Swanbrow said: ‘I do not think we have any option but to remove these trees. I would have concerns if this was my house as the roots are deep and significant and it will take some time before the ground is stable.’

The works will be carried out within two years.