150 trees could be felled for redevelopment 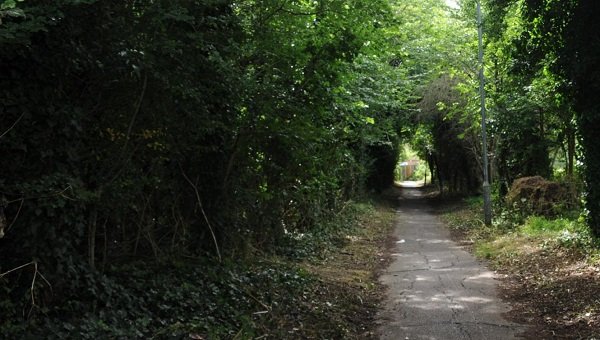 A planning application proposing the felling of approximately 150 trees has proven unpopular with residents in Basildon. The application from Swan Housing Association is looking to build 587 houses on the former Craylands and Fryerns estates, on the corner of East Mayne and Broadmayne.

The application appears as the next phase of a £200million regeneration, which will see 970 new properties built on the site, now known as Beechwood Village.

However, resident Judy Lewis, 63, claims the plans involve cutting down 150 trees and removing a popular footpath. Mrs Lewis fears that if the trees are cut down, the animals will not have anywhere to live.

She said: “We have got a badger that wanders through. They think he doesn’t live there, but you see his tracks quite a bit.

“There are also foxes and squirrels along there and all sort of birds – robins, sparrows and doves.

“It would be a real shame if this was removed.”

She used to serve on Swan Housing’s Craylands Regeneration Panel, but resigned after hearing about the plans. “We do need houses,” she said.

“But I was so upset when I heard about the plans to get rid of the trees and the footpath, known as Hasting’s Path.

She added that she hoped Swan Housing would change its mind about cutting down the trees, and feared that if the housing association promised to plant new ones, they wouldn’t.

Mrs Lewis explained: “We were told that when they knocked a lot of trees in the Swale Area, they would be replaced, but they never where.

“Even if they did replant the trees, it wouldn’t be the same as having the mature ones.

“It just feels like Swan Housing thinks it can just walk in and do away with the wildlife that has been here for years and years.”

A spokesman from Swan Housing said that although it always tries to retain as many of the trees and vegetation as possible and considers the environmental impacts, it had to get rid of some to ensure residents’ personal safety and the security of their houses.

“Swan is aware of concerns raised by a local resident and has arranged a meeting with them to discuss their concerns.”