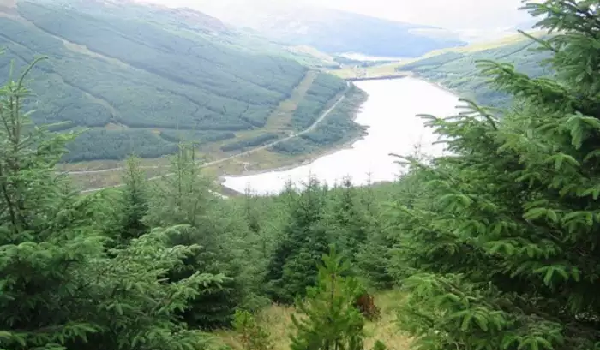 Around 14 million new trees were planted in Scotland last year with £33m paid to landowners to create new woodland. Most of the new trees can be found in the south of Scotland (28 per cent), with Perth, Argyll and Highland also sharing the growth in forestry.

Forestry Enterprise Scotland confirmed that £33m was paid out to landowners in 2017 under the Forestry Grant Scheme to encourage new woodland, with the figure expected to rise next year.

Rural Affairs secretary Fergus Ewing described the planting rates as “very encouraging” with 7,100 new hectares of land given over to new trees. Despite the figures, Scotland failed to meet its 10,000 hectare planting target, with bad weather being blamed for the shortfall.

“Obviously I want to see us achieving our ambitious planting target and perhaps if we hadn’t had such a sustained period of unseasonable extreme weather, we would have been very close.

“But we are still leading the way in creating woodland in the UK, planting significantly more trees than any other nation.”

Scotland accounted for more than three quarters (78 percent) of tree planting in the UK last year. The cabinet secretary said moves had been made to reduce the complexity, duration and cost of tree planting applications as a result of the recent Mackinnon Review into forestry subsidies.

The budget for the grants has been increased from £40m to £46m this year to enable more woodland and tree planting projects to go ahead. The drive for new forestry has created anxiety for some non-secure farm tenants who fear they will be evicted to make way for lucrative woodland projects.

A petition was launched in The Borders to halt forestry grants for landowners who planned to remove tenants from their land to make way for trees. Amid the controversy, the Duke of Buccleuch, Scotland’s biggest landowner, rejected claims that he was embarking on a programme of blanket forestation over his farms. Investment in tree planting is regarded as an essential factor in supporting the forestry sector, which is worth around £1bn annually and supports an estimated 25,000 jobs in Scotland.

It is also regarded as a key method of locking in Scotland’s carbon emissions. Of the new trees planted, more than 40 per cent are native species with more than 4,000 hectares of productive planting. Stuart Goodall, chief executive of Confederation of Forest Industries (CONFOR) added: “I’m heartened to see this increase, especially the proportion of productive trees planted which are so vital to support Scotland’s important forestry and wood processing industry. We now need to press on and ensure we meet and exceed 10,000 hectares a year to support rural jobs and lock up carbon.”

More than 9,000 hectares of tree planting have been approved for private landowners this year, with a further 650 hectares due to be planted on the National Forest Estate The current 10,000 ha a year woodland creation target remains until 2020-2021 when there will be a stepped increase to 15,000 ha by 2024-2025.