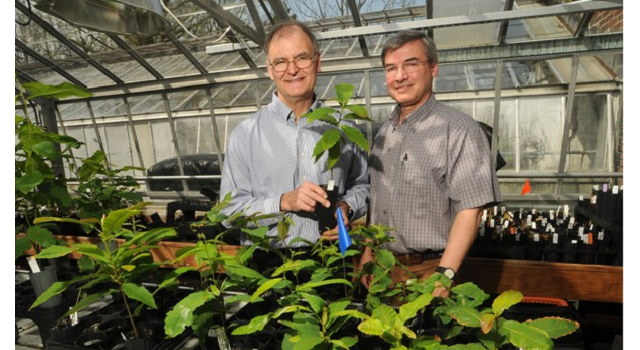 The American chestnut trees were one of the most common trees on the East Coast of America a century ago, before the population between northern Georgia and Maine was decimated by a fungus, thought to be imported from Chinese chestnut trees in 1904.

“It was a very important tree to our history, to the economy in the past,” said SUNY ESF professor William Powell, co-founder of the American Chestnut Research and Restoration Project.

The American Chestnut Research and Restoration Project has been conducting research at the State University of New York College of Environmental Science and Forestry for nearly 30 years, studying the disease that wiped out four billion American chestnut trees.

Now the team has identified the genome that could protect the tree from blight, they’re preparing to distribute 10,000 blight-resistant American chestnut trees to start the restoration of its native range in North America.

Powell said the key was finding a gene in the tree that can detoxify the acid the blight releases to kill the trees cells.

“That’s basically what our transgenic American chestnuts do. They allow the tree to coexist with the fungus,” Powell said.

He said he believes they have run enough tests to begin compiling applications to the USDA, FDA and possibly the EPA for review and regulation approval for public distribution.

Powell continued: “We want to make sure we have orchards set up and everything because there’s going to be a big demand.”