Reporting back from a seminar with Ted Green: “Thoughts on Arboriculture Today” 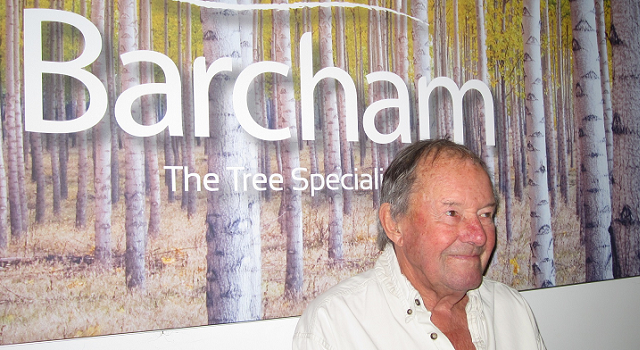 Ted Green MBE loves ancient trees. This remarkable and energetic man, now in his ninth decade, is a pioneer of the theory that ancient trees were once ‘working trees’, serving us through the centuries. He is also the founder president of the Ancient Tree Forum and acts as conservation consultant to the Crown Estate, Windsor. He travels across the UK and internationally, giving talks and interviews which challenge the view that ancient trees are simply relics of the past and are really not worth caring about. He argues rather they are gene banks, reservoirs of disease and pest resistance in a similar fashion to old strains of commercial crops to which we are sometimes glad to return.

Ted also promotes the enlightened view that ancient trees should be regarded as historic living monuments. Britain is believed to have the greatest number of ancient trees in northern Europe. The Ancient Tree Forum seeks to secure the long term future of ecosystems through promoting best management and conservation practice, lobbying governments over their recognition and protection, encouraging research, and increasing our enjoyment of old trees. In Ted’s view an oak tree grows for 300 years, spends 300 years resting and a further 300 years in graceful decline.

Wherever Ted Green presents his thought and views he is always ‘good box office’, as his seminar given at Barcham Trees’ Cambridgeshire nursery on 21 March proved. Not only did he fill the company’s seminar room to capacity with tree care professionals, but he also managed to create such interest that those who were unfortunate enough not to be accommodated this time are promised priority booking at a second seminar planned for November.

While his background is in plant pests and disease – he formerly worked as a technician in a teaching laboratory – Ted regards himself as a layman in the world of tree science, about which he can be critical. He believes scientists are very good at investigating very small areas in minute detail, but that arborists should be telling scientists what is important to them and asking them to re-focus their studies accordingly. While professionals can sometimes ‘see without seeing’, the layman benefits from viewing matters in a wider perspective.

Ted returned several times during the day to how little we really know about trees. He is particularly interested in the symbiotic relationship between trees and mycorrhizal fungi, but believes we need to know much more about it, and to learn how mycorrhizae are important in the development of a tree. Planting new oaks near ancient oaks benefits both, and Ted is an advocate of planting more trees in the countryside as well as in the urban environment.

Staying with fungi, he pointed out that while honey fungus is regarded as a pathogen, in the wild it plays an important part in recycling non-living wood and thereby helps to improve the condition of the soil. In doing so, it is actually an integral part of an eco-system. Not surprisingly, Ted supports organic farming, believing modern farming methods degrade the soil, and he is also concerned at how much soil is being washed into the sea by an ever-increasing number of floods in the UK.

Ted believes that there are moves afoot to tidy the countryside, sometimes encouraged by the National Trust and other organisations. Countryside planting should be done in accordance with nature, he suggests. He much prefers the natural order of plant life, and dislikes the neatness man tries to impose upon it. This dislike extends to well manicured lawns and orderly flower beds.

Outspoken and opinionated, Ted Green emphasised his pride in being a layman; he wants us to challenge assumptions, saying that all views should be questioned. He told delegates he has come to admire the word ‘adaptation’, and he delights in trees’ abilities to adapt to inhospitable or unusual environments.

Ted also has one great and rather unusual ambition for ancient trees. Back in 2016 the Ancient Tree Forum presented a bronze sculpture of a 900-year-old oak tree from Windsor Great Park to the Queen. The ancient tree sculpture was chosen because it symbolises both the longevity of the monarchy and the new pioneering digital technologies, inspiring contemporary creativity’. The small bronze tree was created using new scanning and three-dimensional printing technology which made it possible to scan the oak tree without touching it, and then to produce an exact copy, accurate to the millimetre. But that is only the beginning!

The next stage of the project is to take forward Ted’s long-held dream of creating a full-sized sculpture of the tree to be displayed in a key public place in central London. The idea is to create awareness about the central place of ancient trees in our history, culture and natural heritage, and to engage people from cities in their protection. The project is also expected to raise money for charities supporting urban environmental causes.

For Ted, the idea is also about celebrating the ancient trees found at Windsor and other royal forests and sites across Britain. He said “These thousand-year-old oaks represent a biological continuity dating back perhaps only seven generations to the last Ice Age. They are not only of historic interest but are also a valuable part of our cultural heritage. All countries and cities, especially London, have statues to famous people who have played a significant part in their history, but we now need a statue to celebrate the service of trees.”