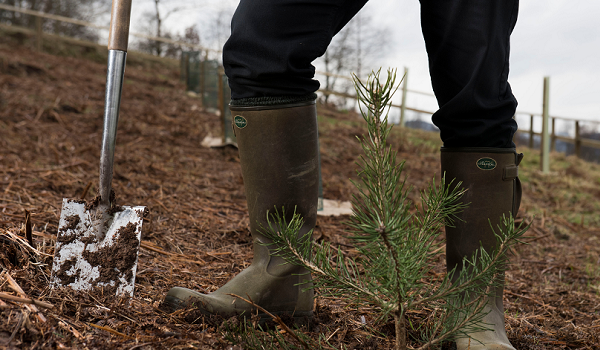 MSPs have been urged to support the Scottish Government’s plan to keep Scotland’s two forestry bodies separate – to prevent the industry facing a £30 million black hole.

Confor, which represents more than 600 forestry and wood-using businesses in Scotland, fears a single agency would have severe consequences for a £1 billion sector which provides more than 25,000 jobs.

It is asking MSPs to reject amendment 39 to the Forestry and Land Management Bill when it is discussed at Holyrood tomorrow [Thursday March 1st]. The amendment aims to create a single agency to carry out all the Scottish Government’s forestry and land management functions.

Confor Chief Executive Stuart Goodall said: “We had sought reassurance from the Scottish Government that the professional experience and expertise that currently sits in Forestry Commission Scotland would be protected going forward, and this reassurance has been given publicly. It is now vital that Forestry and Land Scotland has the same status as FES has had previously – that of a public corporation.”

In a letter to Mr Ewing sent earlier this month, Mr Goodall wrote: “[This status] is vital as the organisation is expected to rely heavily on trading timber for its income and needs to be able to build reserves and have flexibility across financial years. The information provided in your statement shows this carry-over was more than £30 million in the last financial year. It is clear this public corporation status is key to the future success of the FES and Confor hopes Forestry and Land Scotland continues to have the same flexibility.”

Mr Goodall warned that if FES and FCS were combined into a single agency, this carry-over funding would not be available and a loss of £30 million would hit the forestry sector hard – threatening jobs in the rural economy across Scotland.

His letter said: “The prospect of such a great loss of funding to forestry is one that is so important to our industry that I wanted to write to you as soon as possible to make Confor’s position clear.  We urge all MSPs to consider the points made in your statement carefully and think hard before putting forward any amendments to the legislation that might have the effect of changing the organisational arrangements set out in detail.”

Mr Goodall’s letter was copied to Graeme Dey and Edward Mountain, Conveners of the Environment, Climate Change and Land Reform Committee (ECCLR) and Rural Affairs and Connectivity Committee (REC) as well as MSPs on the two committees, including Claudia Beamish MSP.

Mr Goodall said: “Confor has contributed written and oral evidence at all stages of this process and will continue to engage positively with all parties to ensure a bright future for Scotland’s £1 billion forestry industry and the 25,000-plus livelihoods it supports.

“There has been very constructive cross-party work on the Bill and we hope that this continues. The Bill completes the devolution of forestry to Scotland and it is necessary to create the appropriate structures to support the forestry and timber industry in the 21st century. It is about looking forward, not back.”